A Canterbury Tale Retold for the Actons

In the Acton family library in Villa La Pietra there is a version “retold for children” of Geoffrey Chaucer’s Canterbury Tales (c. 1345–1400). The authors define their intentions in the preface:

We trust that this version of the ‘Canterbury Tales’ will lead children who may read it to turn later to the rich original, there to find a splendid amplification indeed, but not a contradiction of the old story-book. The tales here selected have passed muster with many a childish audience when told by the fireside, and this leads us to hope that they may please a wider circle of young readers in their written form. (vii) 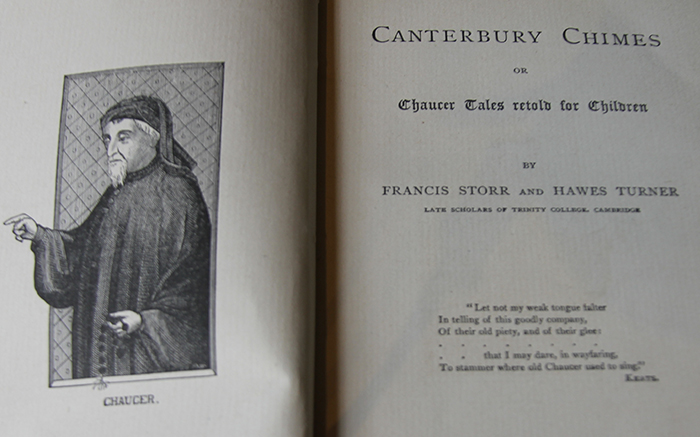 The American edition of the book, which is in the Villa La Pietra collection, was published in Boston in 1880 and has Hortense L. Mitchell’s signature inside, on the front endpaper, so it was most likely read by her when she was a child. (Hortense was born in Chicago in 1871.) Indeed, this is just one of the many children’s books in Villa La Pietra that comes from Hortense’s childhood collection in Chicago. 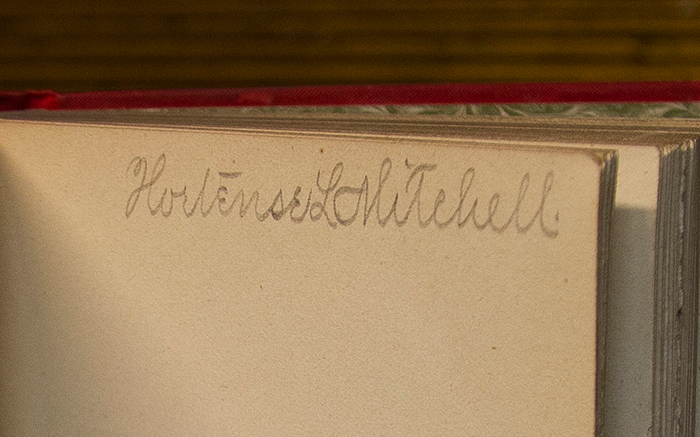 Luckily, in some instances, the combination of her signature and her sons’ childhood bookplates (or vice-versa) allows us to ascertain that these books were passed on from the mother to her sons.

Among these Canterbury Chimes, the story of “Constance” in The Man of Law’s Tale resonated with me in a particular way because it loosely recalls Hortense’s personal story of transatlantic crossings and world travels.

Daydreaming about Hortense in Villa La Pietra in the 1910s reading to Harold and his brother William, I began musing on how she could have retold Contance’s tale, drawing on her own voyages.

Quoting verbatim from the passages of the Storr and Turner (1878) version, but substituting the places Constance visited with Chicago, Egypt (where Hortense travelled as a young woman, and where her husband Arthur Acton’s father worked) and Florence, of course – while maintaining their common passage through England where Hortense married Arthur in London in 1903 – in a way, it is possible to envisage a Canterbury tale as it was “retold” for the young Actons.

What follows is the result of this silly pastime of mine during these days away from the Villa.

Adapted from “Constance” in The Man of Law’s Tale
Francis Storr and Hawes Turner, Canterbury Chimes, or, Chaucer Tales Retold for Children (1878)
By Cristina Bellini, imagining Hortense Mitchell as Constance

“Our Emperor of Chicago has a daughter so fair and so good that the like of her has not been since the world began. She is beautiful and yet not proud, young and yet not foolish, a princess and yet humble.” 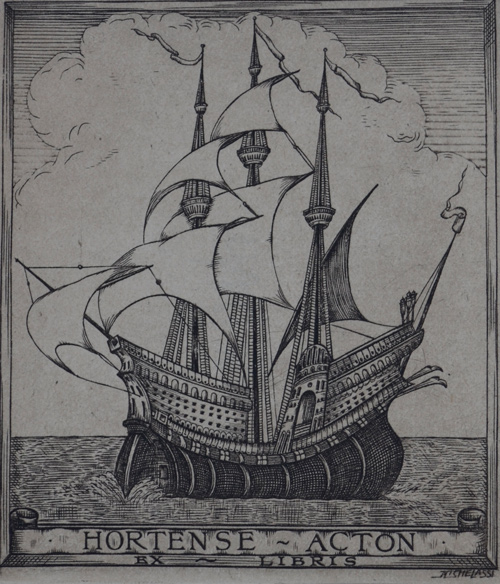 This description of Hortense made the Sultan of Egypt fall in love with her, though he had never seen her.

Soon the day for her departure came, and she and all her companions made ready to go.  She knew that she must go; but it grieved her to the heart to leave her friends at home. Can you wonder that she wept? She was leaving her parents, who had nursed her so tenderly, and going to a strange people, to obey a husband of whom she knew nothing.

Now the Sultan’s mother was a wicked woman, and she contrived to have the Sultan and Hortense murdered during a banquet.

Of all that company, Hortense alone escaped. Her they seized and carried off to a boat that was ready, waiting for her. And so they sent her adrift, and told her mockingly to find her way back again to Chicago as best she could.

So she found herself alone on the wide sea with none to pity or to aid her, and she cried bitterly.

Years and days passed, and still the boat drifted on across the waste of waters, and still she lived.

And so she drifted on and on till she came to the narrow straits which divide the Great Sea from our western ocean, and still the boat drove on till at last it was cast up by the waves on the coast of England, beneath a great rock on which stood a castle. 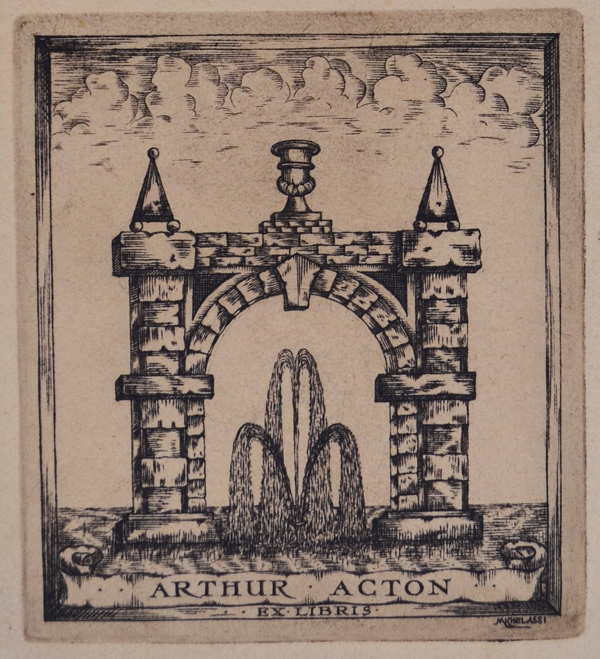 Arthur, the King of London, asked Hortense to tell him her story, and when he heard from her own lips all the wonderful things that had happened to her, he fell in love and, not long after, he married Hortense.

It was a merry wedding, if ever there was one, with feasting and dancing and singing.

They had not been long married when King Arthur was called away to France to fight against his foes.

So Hortense stayed behind at the castle, and in due time a son was born to her, and she christened him by the name of Harold. A messenger was sent to King Arthur with the joyful news, and he wrote a merry letter to Hortense.

But the messenger, instead of taking the letter straight to Hortense, rode first to the king’s mother who forged the letter to this effect:

“The king orders that Hortense leaves the kingdom within three days and three hours. Put her and her son and all her goods into the same ship that you found her in, and push her off from the land, and charge her never to return.”

Many a day and night did Hortense drift over the waters, and many a fresh peril did she suffer.

But her father, the Emperor of Chicago, had sent a captain with his ship to rescue her.

After long tossings, the winds and tides had carried her through the narrow straits of Gibraltar, into the Mediterranean. Who she was they knew not, for she would tell nothing of her name or story.

The captain brought her with him to Italy and delivered her and child into his wife’s keeping in a Villa in Florence. 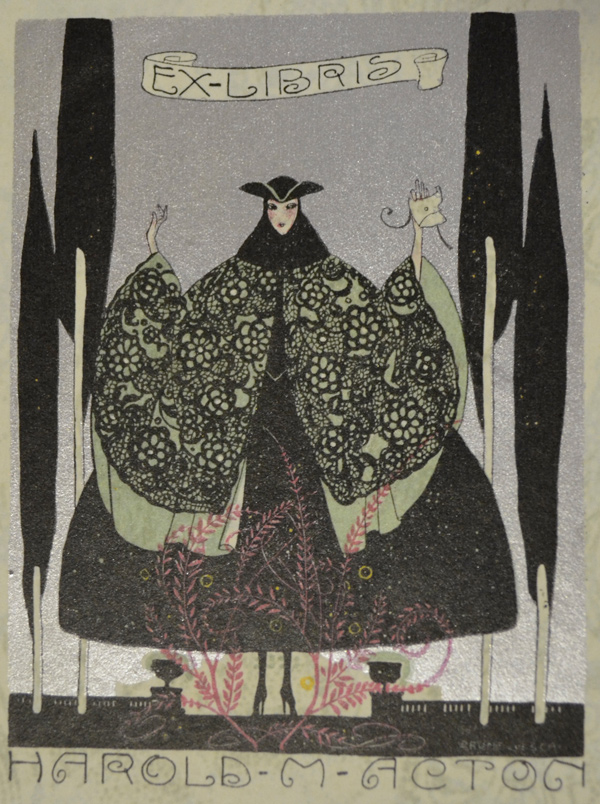 All this while, King Arthur mourned for his lost wife and son. He determined to go to Italy on a pilgrimage, and it so happened that the officer who was appointed to ride forth and meet him was the captain who had saved Hortense. The captain entertained the king right royally, and the king in return invited him to a feast. The captain took Constance’s boy with him to the feast.

The boy stood during the whole meal facing the king, and the king wondered at him and asked, “Who is that lovely boy?” and the captain answered, “I know not; he has a mother, but not a father to my knowledge.” And then he told the king how he and his mother had been found and what a good and virtuous woman she was.

Now the boy was as like Hortense as ever a child is like his mother, and as the king mused on his face, the features of his lost wife came back to him, and he sighed to himself and left the table quickly. 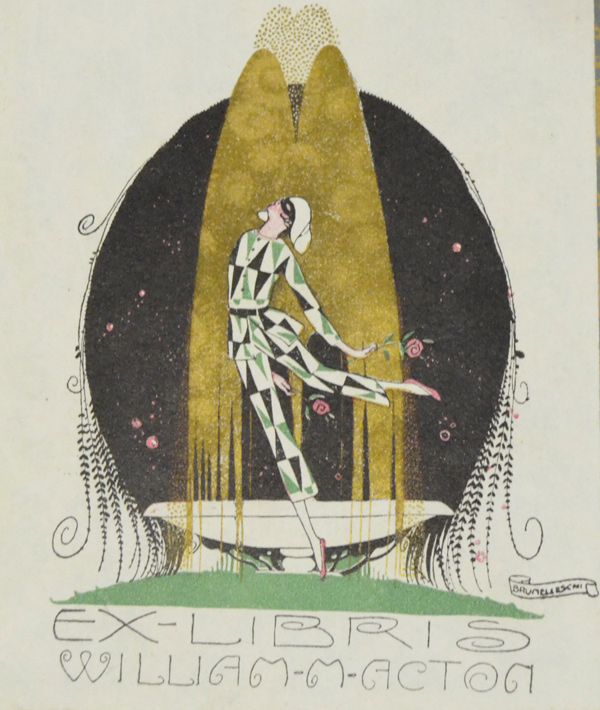 A sudden thought flashed through his mind — is it possible that the boy’s mother may be my wife? At first it seemed a mere fancy and delusion, for he had long given up his wife as drowned. But then he thought again — if by a miracle she was carried to England, why should not a miracle have brought her to this place? He hurried off at once to the Villa in Florence and asked to see the mother.

Long she sobbed, and could scarce believe it true; but, when he had convinced her of his love and truth, her joy was as great as had been her sorrow. Such joy as this has not been before, and will not be again on earth.