A talk by Sirpa Salenius, Ph.D., University of Eastern Finland.

The presentation will follow Sarah Parker Remond (1826-1894) on her transatlantic journey from the United States to London and from there to Italy. Remond was born free in Salem (Massachusetts) into a relatively prosperous African American family of entrepreneurs and abolitionist activists. She defied conventionality when she ascended on the platform to speak against slavery first in the United States, then in England, Ireland, and Scotland, where she spoke in front of large audiences, raising awareness of the condition of slaves and promoting women’s emancipation. In London she also studied languages, history, and literature at the non-sectarian Bedford College for Women and graduated as a nurse from the London University College. In 1866, she moved to Florence where she pursued her medical career by enrolling in the Santa Maria Nuova hospital medical school. She excelled in her studies and entered the intellectual salons of artists and aristocrats, both in Florence and in Rome. In 1877, she married an Italian, Lazzaro Pintor. Madame Sarah Remond Pintor passed away on 13 December 1894 in Rome, at the age of sixty-eight. Remond’s geographical and metaphorical journey demonstrates that nineteenth-century black women crossed the Atlantic for activism and education, becoming examples of an empowered, and empowering, womanhood. 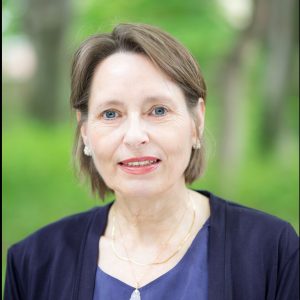 Sirpa Salenius, Ph.D. taught at the University of Tokyo, Japan (2015-2016)) and at study abroad programs of various American universities in Italy (2003-2014) before assuming a position as Senior Lecturer in English-language literature and culture at the University of Eastern Finland. Her publications include An Abolitionist Abroad: Sarah Parker Remond in Cosmopolitan Europe (University of Massachusetts Press, 2016) and Rose Elizabeth Cleveland: First Lady and Literary Scholar (Palgrave, 2014). An essay collection, Neglected American Women Writers of the Long Nineteenth Century (Routledge, 2019), co-edited with Verena Laschinger, is among her most recent publications. Her research interests include Transatlantic Studies, African American and Women’s Studies.