A Florentine Paradise in London: Exhibiting Francesco Botticini at the National Gallery

A talk by Jennifer A. Sliwka, Curator of Art and Religion, National Gallery, London

Francesco Botticini’s painting of the Assumption of the Virgin has bewildered scholars for centuries and is currently the focus of ‘Visions of Paradise: Botticini’s Palmieri Altarpiece’ (until March 28) an exhibition at the National Gallery, London which showcases new research on this monumental work, clarifying long-perpetuated misunderstandings about its authorship, date, original location, and iconography. This talk will provide insight into the genesis of the exhibition and the discoveries made during the course of research, including a discussion of the digital reconstruction of the former church of San Pier Maggiore, where the painting was installed in 1477. The reconstruction, a collaboration between the National Gallery and the University of Cambridge, is the first attempt to re-imagine the Florentine church, which was largely destroyed in the 18th century. 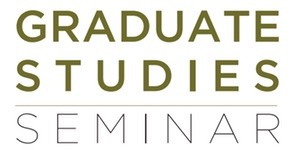 Curator of the ‘Visions of Paradise’ exhibition and author of the accompanying catalogue, Jennifer A. Sliwka is currently the Jean-François Malle Fellow at Villa I Tatti where she is writing a book Domenico Beccafumi and Siena Cathedral. She joined the National Gallery in 2007, contributing to a number of exhibitions including ‘Renaissance Siena: Art for a City’ (2007-08) and ‘Pompeo Batoni’ (2008) and was co-curator of ‘Devotion by Design: Italian Altarpieces before 1500’ (2011).  She has published on Italian Renaissance art in a variety of media and on exhibition practice.