Food & the Environment: A Transatlantic Divide?

The past two decades have seen marked growth in food production, allowing for a significant decrease in the proportion of the world’s people that suffer from hunger (Godfray et al. 2010). The global number of people that suffer from hunger declined by 132 million between 1990-92 and 2010-12, or from 18.6 percent to 12.5 percent of the world’s population. In developing countries, the decline is more marked: from 23.2 percent to 14.9 percent. Nevertheless, nearly 870 million people, or one in eight, were suffering from chronic undernourishment in 2010-2012 and even more suffered from some form of malnourishment (FAO, WFP and IFAD 2012).

A new set of changes is expected however to occur in the near future: most notably, the world population of 7.2 billion in mid-2014 is projected to increase by almost one billion people within the next decade, and to further 9.6 billion in 2050 (United Nations, 2013). At the same time, large and fast-growing economies (i.e. the BRICS members) will experience increasing wealth. A major correlate of these two trends is higher consumption and demand for processed food, meat, dairy, and fish, all of which add pressure to the food supply system (Godfray et al. 2010). Overarching all of these issues is the threat of climate change and concerns about how mitigation and adaptation measures may affect the food system (Schmidhuber and Tubiello, 2007).

Overall, the needs of modern society for economic efficiency, low environmental impact technologies, alternative feedstocks to conventional fossil fuel and raw materials might foster a new paradigm shift. The fundamental question hence is what could make this paradigm shift happen. The present talk will try to answer this question in the framework of the multi-level perspective to socio-technical transition theory. In a nutshell, transition occurs if innovation niches (i.e. the ‘micro level’) and the socio-technical landscape (i.e. the ‘macro level’) simultaneously exert pressure on the incumbent technological regime (i.e. the ‘meso level’). The alignment of micro and macro sources of pressure might ultimately determine a socio-technical transition where a new technology replaces the incumbent regime. The analysis will be developed in a comparative way, where the American experience will be confronted with the European one pointing out differences and similarities along the way towards a sustainable transition. 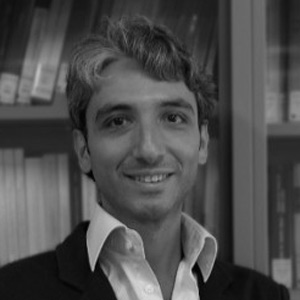 Piergiuseppe Morone is an economist with an interest in evolutionary theory applied especially to sustainable innovation studies. He was trained at SPRU-Sussex University where he received in 2003 his PhD in Science & Technology Policy. He is now a Professor of Political Economy at Unitelma Sapienza – University of Rome with a strong interest in green innovation and sustainability transitions pushing his research at the interface between innovation, agricultural economics and chemistry, an area of growing interest for social scientists. He is vice-chair of the Cost Action TD1203 on Food waste valorisation and Editor of Open Agriculture, open access journal.