As part of the worldwide celebrations of Monteverdi’s 450th birthday, The Season presents excerpts from the opera, performed by the acclaimed Italian ensemble La Venexiana. English actor Richard Emerson brings portions of Homer’s original text to life from a script adaptation by American director Erica Gould. In collaboration with Salon/Sanctuary Concerts. 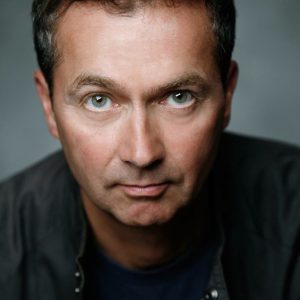 Richard Emerson’s recent work includes the feature film The Last Photograph directed by Danny Huston and the British premiere of Eugene O’Neill’s The First Man (Jermyn Street Theatre, London). Other credits include Alan Ayckbourn’s A Chorus of Disapproval directed by Trevor Nunn (West End); How To Succeed In Business Without Really Trying at Wilton’s Music Hall in London’s East End, Les Enfants Terribles’ The Vaudevillains at Edinburgh; Adolphus Cousins in Major Barbara at W52nd St Theatre NYC directed by Erica Gould; the Prime Minister in the Non-Multiplex Cinema film The Offering and the film version of The First Man directed by Hardeep Giani. 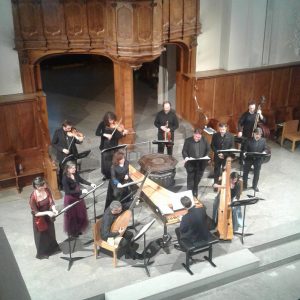 La Venexiana, founded by Claudio Cavina, is one of the most important madrigal groups active today, having performed with great success at almost all major festivals and concert series around the world. Concerts include the Konzerthaus and the Musikverein’s Golden Hall in Vienna, the Concertgebouw Amsterdam, the Konzerthaus in Berlin, the Laeiszhalle in Hamburg, as well as festivals in Schwetzingen, Potsdam, Regensburg, Herne, Rheingau, Graz, Vevey, Cremona, Van Vlaanderen, De Singel in Antwerp, and Brugge Festival. The ensemble has performed in Barcelona, Brussels, Utrecht, Strasbourg, Amiens, Barcelona, Madrid, Montpellier, San Sebastián, Mexico City, Bogotá and Tokyo, while concerts in the USA include New York City, Ann Arbor, Chicago, St. Paul, St. Louis, San Diego, Los Angeles, San Francisco, and Seattle.

La Venexiana’s reputation as a leading Italian early music ensemble is also due to the group’s many award-winning recordings on the Opus 111, Cantus, and Glossa labels. Its recordings of madrigals by d’India, Luzzaschi, Marenzio, Gesualdo and the complete recording of Monteverdi’s books of madrigals and his Orfeo have garnered global critical praise, including the Gramophone Award, the Diapason d’Or, the Editor’s choice of Repertoire, the Prix Amadeus 2000, the Caecilia Award, the Cannes Classical Award and the Preis der Deutschen Schallplattenkritik. Most recent releases include a recording of Luzzaschi’s Concerto delle Dame, a box-set of Monteverdi’s madrigals (former recordings), and a selection of opera duets by Cavalli. 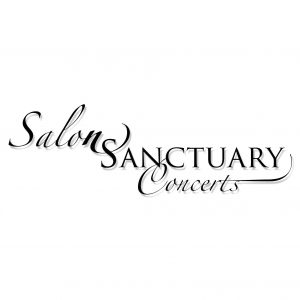 The New York City-based early music series SALON/SANCTUARY CONCERTS was founded in 2009 by soprano Jessica Gould in order to offer the special chance to hear pre-Romantic music performed by both emerging and renowned artists in intimate venues that complement the historical context of the repertoire.

Noted for special projects that view history through the prism of music, the Salon/Sanctuary seasons feature many original programs which endeavor to encourage understanding among people of different faiths through the performance of sacred repertoire in houses of worship open to all. The series has garnered critical praise for its innovative programming, and continues to attract a diverse audience for its path-breaking offerings.

In recent seasons, Salon/Sanctuary Concerts initiated a collaboration with L’Associazione per Boboli, NYU Florence at Villa La Pietra, Palazzo Bardi, among other Florentine institutions, to launch an extended season of early music concerts in stunning venues of extraordinary artistic and historical importance in the Renaissance capital. American collaborating institutions include Carnegie Hall, the American Philosophical Society, NYU Casa Italiana Zerilli-Marimò, among many others, while Italian co-presenters include the Great Synagogue of Florence, the Teatro all’Antica of Sabbioneta, and Villa Finaly, the Florentine branch of the Sorbonne.

Salon/Sanctuary Concerts was founded in 2009, and is a project of the Fire Department Theatre Company, Inc., a 501 (c ) 3 non-profit organization.  www.salonsanctuaryconcerts.org 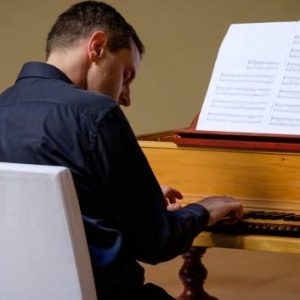 Davide Pozzi received a diploma with full marks in harpsichord, fortepiano and clavichord, as well as in organ and organ composition at the Conservatorio G. Verdi in Milan, where he also received a first-class degree in organ. He completed his studies at the Civica Scuola di Musica di Milano with Lorenzo Ghielmi, and then at the Schola Cantorum in Basel, attending Andrea Marcon and Jean Claude Zehnder’s classes. After winning a prize in several organ and harpsichord national contests, he won the second prize as harpsichordist of the “Estro Cromatico” ensemble at the international contest “Bonporti” in Rovereto and the Bärenreiter prize at the “Telemann” in Magbeburgo, whose chairman, in both contests, was Gustav Leonhardt.

As a harpsichordist and fortepianist, he performed the solo concertos of J.S. Bach, Galuppi, Serini, C.P.E.Bach, Johann Christian Bach and others with many ensembles in Italy and abroad. Notable perfromances include a concert 1058 of J.S. Bach in Berlin’s Philarmonie under Sergio Azzolini’s direction, the V Bach’s Brandenburg concert in the Regio theatre in Parma with Enrico Dindo, the 1052 concert and again the Brandenburg concert in Auditorium of Milano. In 2012 he played in a solo tour in Germany with Emmanuel Pahud, first flutist of Berliner Philarmoniker, performing a J.C Bach concert and the V Bach’s Brandenburg. He recently participated to prestigious tours across Europe with the star singers Cecilia Bartoli and Simone Kermes.

In 2013 he was invited by Basel’s Kammerorchester as a solo for the BWV 1056 and the Cantata with solo organ BWV169 of Bach with countertenor Andreas Scholl. He recorded the concerto for Fortepiano and orchestra Wq 35 of C.P.E. Bach for the Sony Classical with Streicherakademie Bozen’s orchestra. As an organist, he is regularly invited by some of the most prestigious early music series to perform on some of the most renowned instruments and copies. His recordings include more than 40 CDs and many broadcasts for RAI TV, Rai Radio 3, Decca, Sony, Erato, Stradivarius, Naive, Glossa, Chandos, Amadeus, Bongiovanni, Tactus, Bottega Discantica, Arts and live for various radio and television broadcasting stations all over the world. The last of his five solo CDs (Stradivarius) is dedicated to C.P.E. Bach’s Sonatas for fortepiano and harpsichord and garnered highly positive reviews.