Morton Feldman (1926-1987) was a 20th century American composer. He was a leading figure in the development of “indeterminate music,” a movement associated with a group of New York composers that included John Cage, Earle Brown, and Christian Wolff. Feldman’s experimental style eschewed traditional harmonic structures, pioneering new systems of musical notation to create free-floating rhythms and intimate, slowly evolving sounds. “For Philip Guston” exemplifies Feldman’s later exploration of time and scale in his works, with single-movement compositions of quiet notes that lasted 30 minutes or longer. He composed the piece in 1984, a few years after the death of Guston, who was a New York painter and close friend of the musician. The two men fell out following Guston’s repudiation of abstraction in his art, but the slow, gently dissonant chords of this piece express Feldman’s regret and sadness at the artist’s death. 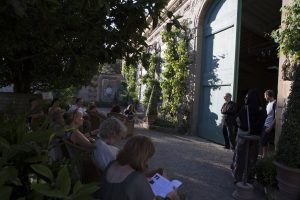 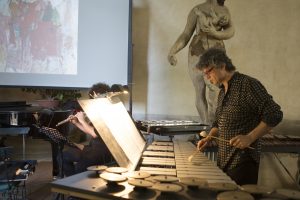 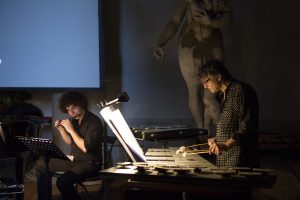 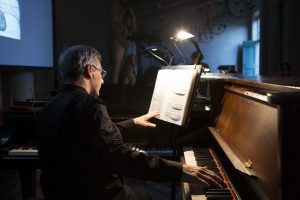 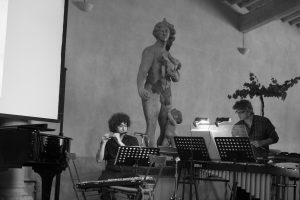 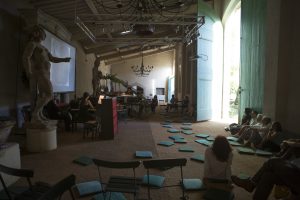 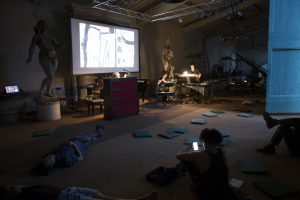 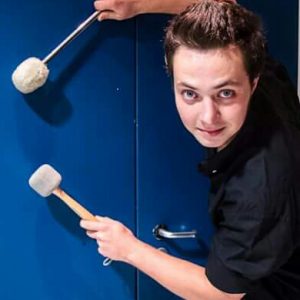 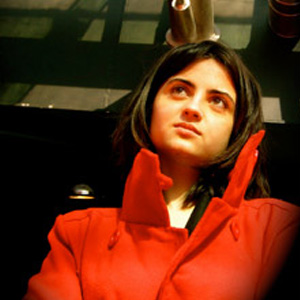 Luisa Valeria Carpignano was born in 1988 in Gorizia. A pianist and composer, Luisa Valeria has always been interested in modern and contemporary repertoire. She graduated with honors in piano at the Florence L. Cherubini Music Conservatory, studying with Giovanna Prestia, and studied composition in the Florence and S. Cecilia of Rome conservatories with Rosario Mirigliano. As a pianist, she also attended master classes with Giampaolo Nuti, Geneviève Ibanez, Ian Pace, and with Jean-Pierre Collot and the members of ensemble recherché during BW Ensemble Academy (2012 and 2013). As a composer, her works have been premiered in Italy, in the UK (commissioned by the London Ear Festival 2013), in Germany (Weimarer Frühjahrstage für zeitgenössische Musik), and broadcast by BBC Radio 3. She works as a pianist and as a consultant with the ensemble FLAMExperience; since 2012 she has also joined the artistic direction of the contemporary music festival at the Bargello Museum in Florence (“Firenze Suona Contemporanea”), presenting projects around music, time and visual arts. At present she is attending a master degree program in piano solo repertoire with Maria Grazia Bellocchio, and she is working on a FLAME commission funded by Ernst Von Siemens Music Foundation. 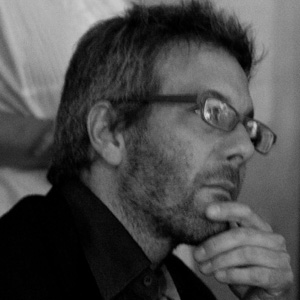 Born in the USA, Andrea Cavallari studied piano, composition, ethnomusicology and orchestra conducting. After graduating from music conservatory, he attended a master class in composition with Franco Donatoni. His music is influenced by the works of Luciano Berio, John Cage, and György Ligeti, but also by artists such as Jackson Pollock , Piero Manzoni, Rebecca Horn and many others (in fact, Andrea is also a visual artist). His compositions have been played in the most important cities in Europe and in major festivals such as the “Festival dei Due Mondi” in Spoleto, “Documenta” in Kassel, “Festival Ninety-seven” in Cincinnati, Ohio, “Jornadas de Musica del Siglo XX” in Segovia, and at the Royal Festival Hall in London. Andrea is a “composer in residence” at the Frankfurt Kammeroper. His music has been recorded by Rivoalto (Italy) and Capstone (New York). He founded Accademia San Felice Ltd and FLAME | Florence Art Music Experience. Andrea has been the artistic director of the festivals Estate Fiesolana, World Sacred Music Week, and the FOG Festival, and is currently the co-director of the London Ear Festival. Since 2007 he has been the artistic director of the festival Firenze Suona Contemporanea at the Bargello Museum in Florence. He lives and works between Florence and London. His music is published by Verlag Neue Musik (Berlin.) In 2013 he received a commission from the prestigious Ernst von Siemens Foundation for Music. 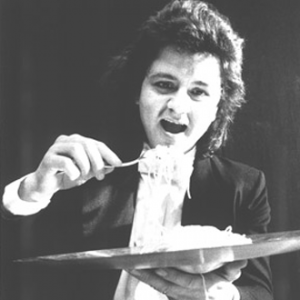 Jonathan Faralli studied percussion and composition and graduated with a degree in Educational Sociology from the Università degli Studi of Florence. He also earned a degree in the Didactics of Music and continued perfecting his art in Amsterdam and Strasbourg. He has collaborated as a timpanist and percussionist with the Orchestra della Toscana since its foundation in 1981. He has played under the guidance of grand masters such as Sinopoli, Mehta, Temirkanov, Prêtre, Giulini, Gatti, and Abbado. Jonathan has developed as a soloist and as a chamber musician by participating in master classes and concerts on all the continents. He has collaborated with famous composers such as Luciano Berio, Salvatore Sciarrino, Franco Donatoni, and John Cage. From 1993 to 1996 he was a member of the group “Les Percussions des Strasbourg.” He recently recorded for the “ARTS Percussioni XX secolo”, with solo percussion pieces, and for Stradivarius. He is studying the intonation of the sea with music by Sciarrino. 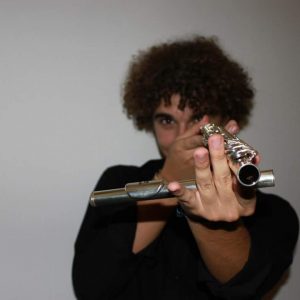 Born in Palermo in 1994, he graduated in flute with highest honors from the Conservatory “V. Bellini” of Palermo.
He won national competitions such as “Emanuele Krakamp” and “Diapason d’Argento”. He furthered his studies on contemporary repertoire with Carin Levin and Michele Marasco. Lo Giudice has performed as soloist with the Bellini Symphony Orchestra and the Conservatory “V. Bellini”.  He has given recitals, as a soloist at the Auditorium RAI, the Cantieri Culturali alla Zisa and the Teatro Massimo di Palermo. He has participated in numerous master classes with some of the leading teachers of the international scene such as Andrea Manco, Jean Claude Gerard, Davide Formisano, Philipp Jundt, Carin Levine, Philip Rogai, Riccardo Ghiani, Giampaolo Pretto, Leon Berendse, Peter-Lukas Graf and many others. Currently he performs numerous concerts, both solo and in chamber music ensembles and orchestras, for various organizations and associations in Italy and abroad. Since 2015, he attends the Academic Course of the second level of Flute at the Institute “O. Vecchi” in Modena with teachers Michele Marasco, Gabriele Betti and Andrea Oliva.