Nationalism and Social Media: the Worldwide Growth of Nativism and Populism

Event open to NYU Florence community only, followed by a light lunch 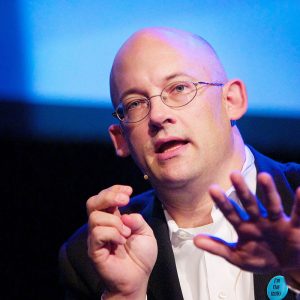 Clay Shirky was one of the first thinkers to grasp the importance of social media, and is a leading voice on the social and economic impact of internet technologies. Considered one of the finest thinkers on the internet revolution, Professor Shirky provides an insightful and optimistic view of networks, social software, and technology’s effects on society. Writing extensively about the Internet since 1996, he is the author of Little Rice: Smartphones, Xiaomi, and the Chinese Dream (2015), Cognitive Surplus: Creativity and Generosity in a Connected Age (2010), and Here Comes Everybody: The Power of Organizing Without Organizations (2008), in which he explored how organizations and industries are being upended by open networks, collaboration, and user appropriation of content production and dissemination, and which was selected by The Guardian as one of the 100 greatest non-fiction books of all time. In 2010, he was named one of Foreign Policy’s “Top 100 Global Thinkers.” He has had regular columns in Business 2.0 and FEED, among other publications, and his writings have appeared in The New York Times, the Wall Street Journal, Harvard Business Review, Wired, Computerworld, and Foreign Affairs.

Professor Shirky holds appointments at NYU in the Interactive Telecommunications Program (ITP) at Tisch, and in the Journalism Institute, and he is Vice Provost for Educational Technologies. In this role, he designs, develops, and enhances all academic aspects of technology-based teaching and learning, University-wide, and oversees the development of NYU’s instructional technology strategy. He chairs the University’s Future of Technology-Enhanced Education Committee. From 2014 to 2017, he served as Chief Information Officer at NYU Shanghai. He holds a B.A. in Fine Art from Yale University. Before joining NYU’s full-time faculty in fall 2004, he was a partner at an international investment company, and was the original Professor of New Media at Hunter College, where he helped design its MFA in Integrated Media Arts program. Currently, Professor Shirky is a faculty associate at Harvard University’s Berkman Center for Internet and Society, and was the 2010 Edward R. Murrow Visiting Lecturer at Harvard’s Joan Shorenstein Center on the Press, Politics, and Public Policy.