Sammy Davis, Jr.:I’ve Gotta Be Me

World Premiere – A PBS biographical film from the acclaimed American Masters series, to be broadcasted in the winter of 2017, directed by Sam Pollard and written by Laurence Maslon, It is the first documentary to examine the personal and artistic identity of this extraordinary entertainer in the context of social and racial evolution of the 20th Century. Followed by a conversation with Laurence Maslon. 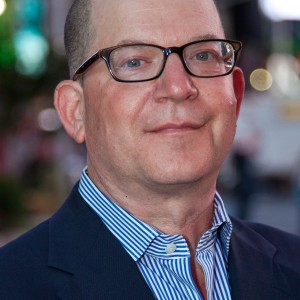 Laurence Maslon is the Associate Chair/Arts Professor at the Graduate Acting Program at New York University’s Tisch School of the Arts, with an affiliation in the Graduate Musical Theatre Writing Program.

His most recent publication is American Musicals (1927-1969), a two-volume set of sixteen musicals which he edited for Library of America. He is the host and producer of the weekly radio series, Broadway to Main Street, broadcast on the NPR-affiliate station WPPB-FM.  Among his books are Superheroes! Capes, Cowls and the Creation of Comic Book Culture (Random House); Some Like It Hot: The Official 50th Anniversary Companion; The South Pacific Companion; The Sound of Music Companion (2007; revised with foreword by Julie Andrews, 2015). With Michael Kantor, he cowrote two episodes of the Emmy-winning Broadway: The American Musical as well as the companion volume (updated edition published by Applause in paperback) and the liner notes for the five-disc box set for the series, released by Sony/Decca.

He also cowrote the six-part PBS series Make ‘Em Laugh: The Funny Business of America with Kantor, as well as the companion volume; they were nominated for an Emmy for Outstanding Writing of a Non-Fiction Series for this show.  Maslon wrote the acclaimed American Masters/Thirteen documentary Richard Rodgers: The Sweetest Sounds and is the editor of Kaufman & Co., the Library of America edition of George S. Kaufman’s plays, as well as the official website, www.georgeskaufman.com.

He has written for The New Yorker, The Huffington Post, The Daily Beast and Slate; created concerts and programs for Lincoln Center Theater, Jazz at Lincoln Center, and Carnegie Hall; and served on the nominating committee for the Tony Awards from 2007 to 2010.