Claire Chase,
Flautist and Director of the International Contemporary Ensemble

(Program to be announced) 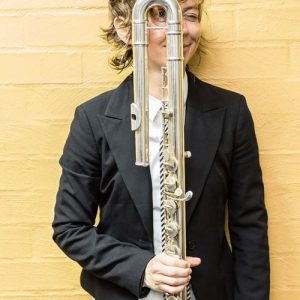 FLAUTIST AND DIRECTOR OF THE INTERNATIONAL CONTEMPORARY ENSEMBLE

Claire Chase is a soloist, collaborative artist, curator and advocate for new and experimental music. Over the past decade, she has given the world premieres of hundreds of new works for the flute in performances throughout the Americas, Europe and Asia, and she has championed new music throughout the world by building organizations, forming alliances, pioneering commissioning initiatives and supporting educational programs that reach new audiences. She was named a MacArthur Fellow in 2012.

Chase has released three celebrated solo albums, Aliento (2010), Terrestre (2012) and Density (2013). In 2014 she launched Density 2036, a 22-year commissioning project to create an entirely new body of repertory for solo flute between 2014 and 2036, the centenary of Edgard Varèse’s groundbreaking 1936 flute solo, Density 21.5. She was the 2009 Grand Prize Winner of the Concert Artists Guild International Competition and made her critically-acclaimed Carnegie Hall recital debut in 2010. In 2015, Chase was honored with the American Composers Forum Champion of New Music Award.

Chase founded the International Contemporary Ensemble (ICE) in 2001, described as the United States’ “foremost new-music ensemble” (The New Yorker), and is active as an ensemble member in ICE projects throughout the world. ICE has premiered more than 800 works since its inception and has spearheaded an artist-driven organizational model that earned the ensemble the Trailblazer Award from the American Music Center in 2010 and the Ensemble of the Year Award in 2014 from Musical America Worldwide. The ensemble can be heard in dozens of recordings on the Tzadik, Mode, Naxos, Bridge, New Amsterdam, New Focus, Samadhi Sound and Nonesuch labels, as well as on its own online, streaming video library of live performances, DigitiCE.

A deeply committed educator, Claire has overseen the development and implementation of education programs such as The Listening Room (for K-6 school children with no musical background), EntICE (for middle-school and high-school youth orchestras in underserved areas of New York City, Chicago, and Los Angeles) and a wide variety of collegiate and pre-professional training programs. She is also the new co-artistic director, with her longtime collaborator Steven Schick, of the Summer Music Program at The Banff Centre for Arts and Creativity in Canada. In 2014, Chase was named an inaugural Fellow at Project&: Cultural Production with Social Impact. With Project&, she will develop several large-scale new works from 2014-2018 exploring the relationship between language, ritual and music. In 2015, Chase was music director and soloist in Salvatore Sciarrino’s Il Cerchio Tagliato dei Suoni for 104 flutes, for which the Los Angeles Times praised her as a “staggering virtuoso with the assurance of a rock star.” She will lead several performances in 2016-17 of this immersive 60-minute piece fusing contemporary performance and community engagement.

Upcoming projects include solo tours in Asia, Australia and the Middle East, a residency with the St. Paul Chamber Orchestra, performances of Dai Fujikura’s new flute concerto, and the release of a new double-album in collaboration with Meyer Sound Studios in 2017. At home in New York, she will perform at the Brooklyn Academy of Music and Lincoln Center, as well as with ICE in community venues, public spaces, and elementary schools as part of the OpenICE initiative.

Chase grew up in Leucadia, CA with the childhood dream of becoming a professional baseball player before she discovered the flute. She received her B.M. from the Oberlin College Conservatory of Music in the studio of Michel Debost. Her other principal teachers were John Fonville and Damian Bursill-Hall. She currently lives in Brooklyn. 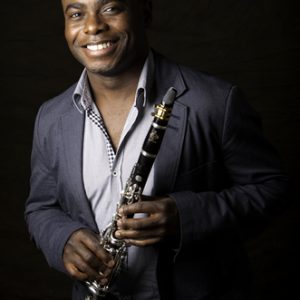 McGill has appeared as soloist with many orchestras including the Metropolitan Opera Orchestra, the American Symphony Orchestra and the New York String Orchestra, all at Carnegie Hall. In January of 2015 he performed and recorded the Nielsen Clarinet Concerto with the New York Philharmonic. Other orchestra performances have been with the Baltimore, Kansas City, Memphis, New Jersey and San Diego symphonies, as well as Orchestra 2001 and the Chicago Youth Symphony Orchestra.

As a chamber musician McGill has performed throughout the United States, Europe, and Asia with the Brentano, Daedalus, Dover, Guarneri, JACK, Miro, Pacifica, Shanghai, Takacs and Tokyo quartets. He has toured with Musicians from Marlboro, performed under the auspices of the Chamber Music Society of Lincoln Center, and appeared on such series as the Philadelphia Chamber Music Society and the University of Chicago Presents. Festival appearances include Tanglewood, Marlboro, Mainly Mozart, Music@Menlo, and Santa Fe, Seattle and Skaneateles chamber music festivals, to name a few.

A participant in the 2015 Chicago Humanities Festival, McGill was the 2015-16 WQXR Artists in Residence and has appeared on Performance Today, MPR’s St. Paul Sunday Morning and Mr. Roger’s Neighborhood. In 2013 with his brother Demarre, he appeared on NBC Nightly News, the Steve Harvey Show and on MSNBC with Melissa Harris-Perry.

A graduate of the Curtis Institute of Music, Anthony McGill is in demand as a teacher, and serves on the faculty of the Juilliard School, the Peabody Institute of Johns Hopkins University, Bard College Conservatory of Music and Manhattan School of Music, and has given master classes throughout the United States, Europe and South Africa. 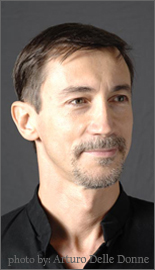 After graduating with the highest honors from the Conservatory of Genoa (Italy), MARCO RAPETTI furthered his musical studies in Florence, Paris and in the United States with a Fulbright scholarship. At the Juilliard School of New York he received his Master of Music and Doctor of Musical Arts degrees (with a dissertation on cognitive psychology related to musical memory). He has studied, inter alia, with such noted musicians as Aldo Ciccolini, Seymour Lipkin, Rosalyn Tureck, the Trio di Trieste and the Juilliard Quartet.

Rapetti has made numerous recordings both for radio and television and for the Fonit-Cetra, Dynamic, Stradivarius, Frame, Phoenix Classics and Brilliant labels. His passionate activity as a researcher in the field of piano repertoire has led him to rediscover forgotten works, among which some unpublished pieces by Borodin, Ravel, and Dukas, and to revalue several lesser known composers. In 1994 he premiered the complete cycle of 36 Fugues by Antonin Rejcha in Lincoln Center (New York). In addition, he was the first Italian pianist to perform the monumental piano sonatas by Dukas and Balakirev, as well as Liapunov’s and Schulhoff’s piano works.

Rapetti has always shown a keen interest in the combination of music and theater. Among his creations, we find: “Clazz-Jassical: the black and the white continents confront each other”, performed in duo with jazz pianist Mauro Grossi, “From Mozart to Rzewki: two centuries of music and words in the name of Freedom” with the actress Pamela Villoresi, “Onirofonie: concert-lecture on music in dreams and dreams in music” with the psycologist Valeria Uga, “From Broadway to Via Larga: a musical promenade between Firenze and New York” together with jazz singer Faye Nepon, and others.

He has published pedagogical and musicological articles in various music magazines, such as Piano Time, Il Giornale della Musica, Musica Domani. He also collaborates with the Italian Broadcast Company (RAI – RadioTre) and Radio Toscana Classica, both as a radio speaker and as a performer.