The Arab Spring appeared as a wave of democratization of the MENA region, but the political contexts that have emerged from the revolution(s) differ greatly. As this transition is still in motion, attention has turned to Tunisia and Egypt. The question of justice is central to the construction of new social contracts, the (re-) equilibrium of political powers and a pre-requisite to insure political stability. Both countries have implemented new constitutions and started the process of transitional justice by various means. The Tunisian Government, under the leadership of the Islamist party, has enacted a law related to the transitional justice and create a commission for “Truth and Dignity” to support this process; but the network of nepotism and corruption grown during the Ben Ali era remain, as well as the use of torture by the police. In Egypt, the new constitution enacted in 2014 failed in preventing the return of authoritarian rule. Since the military take over in July 2013, the General-President Sisi “justice apparatus” has sentenced to life prison terms or death leaders the Muslim Brotherhood including President Morsi (ousted in July 2013) and hundreds of protesters arrested during the outbreak against Mubarak. From constitution making, to transitional justice and reconciliation this conference aims at examining the success and failure of the democratization process by explaining the stakes and possible outcomes of transitional justice in both countries. 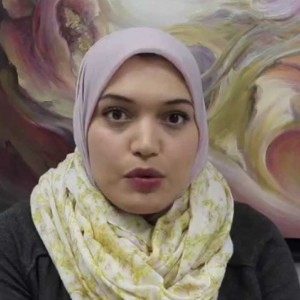 Ghofran Ounissi is a young lawyer specialising in human rights litigation. She has collaborated with the Council of Europe’s Advisory Council on Youth, where she was in charge of Human Rights Education and programs of capacity building within the Euro-Med Youth Partnership. She currently lives in Tunisia, where she works as a policy analyst for Jasmine Foundation, a think tank which analyses social and political reforms linked to the transition to democracy in Tunisia. She is conducting research on the Transitional Justice process in Tunisia and coordinates a British-Tunisian research project on women´s participation in public life.