Two of the most prominent Jesuits at the imperial court in China came from Italy: Macerata native Matteo Ricci (d.1610), founding father of the China mission in the late Ming, and Milanese Giuseppe Castiglione (1688-1766), court artist at the height of Qing power in the mid eighteenth century. Following the policies Ricci laid down, Jesuits in China sought the emperor’s favor to serve the greater glory of God, but they are remembered today at least as much for their secular service as for their religious success. This talk focuses on Castiglione’s work for the Qianlong Emperor, bridging Chinese and Western artistic techniques to spearhead the production of a visual record that supported Qing imperial ambitions. 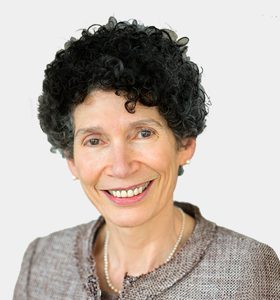 Joanna Waley-Cohen is Provost for NYU Shanghai and Julius Silver Professor of History at NYU. She taught the history of China, particularly its interactions with Europe, at NYU from 1992 to 2012, since when she has continued to teach at NYU Shanghai. As Provost, she serves as NYU Shanghai’s chief academic officer, setting the university’s academic strategy and priorities, and overseeing academic appointments, research, and faculty affairs. Her research interests include early modern Chinese history; China and the West; Chinese law, and Chinese imperial culture, especially in the 18th century. Her publications include The Culture of War in China: Empire and the Military under the Qing (2006); The Sextants of Beijing: Global Currents in Chinese History (1999); and Exile in Mid-Qing China: Banishment to Xinjiang, 1758-1820 (1991). Her current scholarly projects include a revised history of imperialism in China, a study of the history of extradition in global context, and a history of culinary culture in early modern China.