A concert based on two compositions by Roberto Scarcella Perino: Le passioni dell’anima from a libretto by Federica Anichini, and La Scolta, a world premiere execution based on the text by Gian Maria Annovi.
Execution by the women’s voices SolEnsemble, soloists soprano Elisabetta Tiso and contralto Marcella Ventura, pianist Iolanda Franzoso .
The evening will be preceeded by a poetry reading by Gian Maria Annovi author of La Scolta. 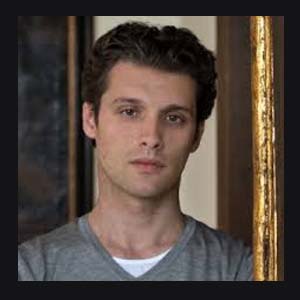 Gian Maria Annovi is a poet and Associate Professor of French and Italian and Gender Studies at the University of Southern California.
As a poet, he has published Denkmal (1998); Terza persona cortese (2007, winner of the Mazzacurati-Russo Prize); Self-eaters (2007); Kamikaze e altre persone (2010); Italics (2013); and La scolta (2013, winner of the Marazza Prize). His poems are in a number of anthologies and have been translated into French, English, and Spanish. He is the editor of four volumes, and the author of numerous book chapters and articles on Italian poetry, the Italian Neo-avant-garde, and Pier Paolo Pasolini. In 2015 he received a Creative Capital | The Andy Warhol Foundation Arts Writers Grant. In 2017, his latest book Pier Paolo Pasolini: Performing Authorship, published with Columbia University Press, received the Flaiano Prize for Italian Studies in 2017. 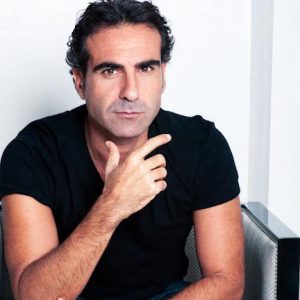 Perino’s music has been commissioned, performed, and recorded by excellent ensembles and soloists throughout Europe and The United States, including the Orchestra Arturo Toscanini, the Orchestra Regionale Toscana, Giuseppe Bruno and the Exclusive Saxophone Quartet. His works include three operas, 2 piano concertos, movie scores, three ballets, chamber and choral music. His first opera, A Caval Donato, commissioned and premiered by Teatro Verdi in Pisa in 1999, has since been produced at Teatro Vittorio Emanuele in Messina. Mr. Scarcella Perino was chosen to write the music for Verdi, Merli and Cucù, an opera commissioned and premiered by Teatro Verdi in Busseto, to celebrate the 100th anniversary of Giuseppe Verdi’s death in 2001. Blackout had its world premiere in October 2003 at the Tarrytown Music Hall in New York, and had further productions at Teatro Piccolo Regio in Turin and at Teatro Savio in Messina. His newest Azione in Musica for children’s chorus, Le Passioni dell’Anima, the sequel to his successful Le Passioni dell’Aria, was premiered in Messina in April 2017 and in May in New York performed by the New York City Children’s Chorus. August 2017 will see the world premiere of his new opera Furiosus commissioned by the International Opera Theater of Philadelphia in Città della Pieve (Umbria).
Mr. Scarcella Perino is a Senior Lecturer at the NYU Italian Department and a Scholar in Residence at the American Institute for Verdi Studies. He has been the recipient of numerous high honors and awards, including an International Competition for Children’s Opera and the Musical Analysis International Competition N. Slonimskij. He holds degrees in Piano and in Composition from the Conservatory Martini in Bologna. He studied composition at Accademia di Santa Cecilia, in Milan at Accademia Petrassi, and also Conducting at the Juilliard School of Music. He graduated from the University of Bologna with a degree in Musicology and he taught Music Analysis at the Arturo Toscanini Foundation inin Parma. Every summer, Roberto teaches a course on Italian Opera at NYU in Florence. www.scarcellaperino.com

Federica Anichini is a scholar of Medieval Studies. She has studied at the University of Florence and has obtained a PhD in Italian Studies at New York University. In 2009 she published the monograph Voices of the Body. Liminal Grammar in Guido Cavalcanti Rime. Her current research centers on the relationship between urban environment and creativity, specifically on the relation of medieval Florence to its vernacular poetic tradition. She currently teaches in Italy. 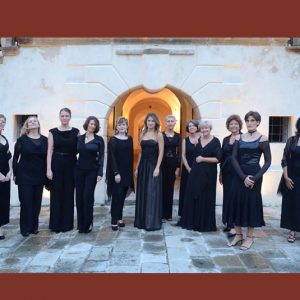 SolEnsemble is a female vocal ensemble created by musicians from all over Italy, including the pianist Iolanda Franzoso and the musicologist and organist Sara Dieci. Members, who come from various educational and professional backgrounds, are united by their common desire to promote a vast repertoire that features female voices.

The versatility of the group, enriched by constant experimentation, allows them to perform as a choir, as soloists and in madrigals.

Since their debut in 2011, SolEnsemble has performed in many prestigious venues and has collaborated with important musicians: the harpists Cristina Ghidotti and Francesca Tirale, the harpsichordist Chiara De Zuani, the liutist Ilaria Fantin, the bassoonist Paola Frezzato, and the organists Antonio Bortolami and Michele Geremia.

Their repertoire includes the great composers, as well as lesser known artists. They pay special attention to bringing the cultural and musical contributions of female composers from different time periods to life, ranging from Hildegard von Bingen of the Middle Ages, to the contemporary work of Bianca Maria Furgeri and Emma Lou Diemer.

In 2017, SolEnsemble will collaborate with Velut Luna in the recording of unreleased vocal music by Adriano Lincetto.