The Lily of Florence

The White Lily of Florence

On sunny days in February the most precocious Florentine iris are already in flower at Villa La Pietra. Just a few, here and there, but their pure white flowers express early hope of the new life that each spring brings. By early April thousands of them are to be seen along the cypress-lined path that runs from Villa Ulivi down to the Continuum Theater. It’s a native to this part of the world, and it’s easy to see why early Florentines chose it as their city’s emblem.

In its original form the coat of arms was the white lily (giaggiolo), on a red field. After 1251, when the Ghibellins were in exile in Florence, the colors were reversed because of fights between the Guelphs (white) and the Ghibellins (red) and the decision of the winning Guelphs to use a red lily on a silver/white field, to give us the coat of arms we see across the city today. 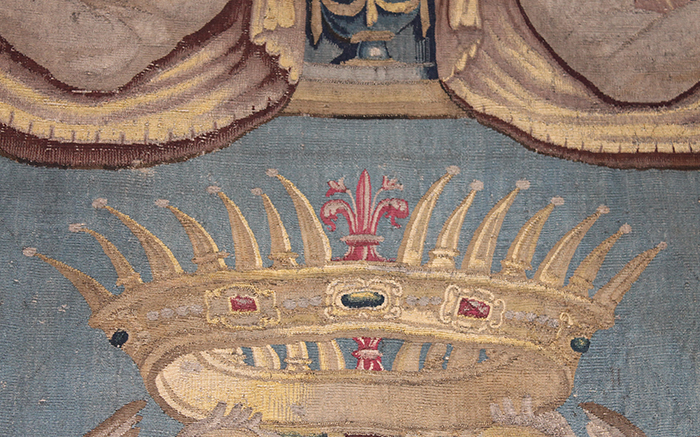 The red lily is the later version of the emblem of the city of Florence. Here it is used on the coronet of the Grand Duke Cosimo II in the tapestry “Portiera Medici-Austria ”, 1620-21, wool and silk,  265 × 210 cm., Villa La Pietra, Rotonda

Though to gardeners the confusion is difficult to understand, seeing the giaggiolo Fiorentino, growing on sun-bathed grassy banks, its impact on the eye is similar to that of the later flowering giglio or Madonna lily, Lilium candidum. It comes from the Christian holy land and is thought to be the first plant in western civilization to be grown for its ornamental value alone and has been long depicted in art as a symbol of purity and, indeed, rebirth. 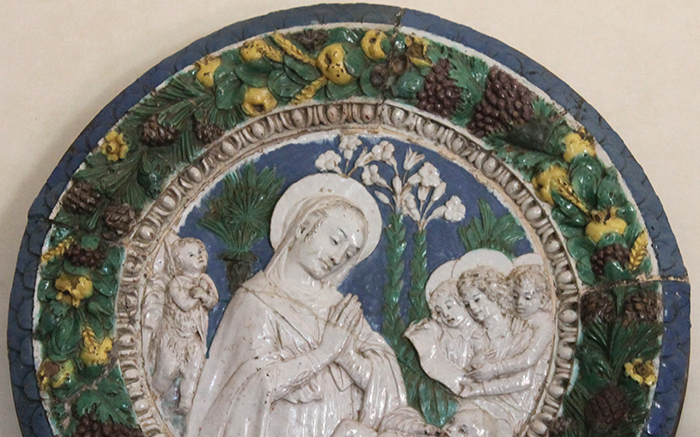 The Madonna Lily (giglio) symbolizing purity in the glazed terracotta tondo with the “Madonna and Child, with Saint John the Baptist and Three Angels”, by Benedetto Buglioni, 1490-95, diameter cm. 106, Villa La Pietra, Salone

Unlike the giglio, Florentines have long made practical use of their beautiful white giaggiolo. In Medieval and Renaissance times they used it to make the rare Verdelis or Iris Green color used by the calligraphers and artists of the day. Its rhizomes, known as orris root, were used for making rosary beads and teething rings for babies. Until recently it was used as a decongestant in the treatment of chest infections, bronchitis and sore throats and as a remedy for many other ailments too. It’s now rarely used in medicine, but orris root, sweetly smelling of violets, is still used in the production of perfumes and cosmetics and to flavor Chianti wines and Bombay Sapphire Gin.

To botanists, the Florentine iris’ taxonomy has long been perplexing, and its scientific name has changed many times as its close relationship with the dark-purple-flowered Iris germanica has gradually become clear. Most now see the correct botanic name to be Iris germanica L. nothovar. florentina Dykes. A long name for a plant that’s beauty is its simplicity, but by whatever name one chooses – now, more than ever – it is a plant for contemplation. At Villa La Pietra that smell of violets is often enhanced by the sweet violet, Viola odorata, that often grows below it. Set against the small but richly scented violets, the white iris becomes even more striking, and the two growing together act as a reminder of the deep roots NYU has made at its adopted Florentine home. It’s easy to see why the white flowers conjure up all the symbolism of the Madonna lily, and the myriad of practical uses reminds us how dependent human beings are on the natural world.  That’s a lot to think about for a brave plant keen to be one of the first to proclaim hope for better times in the garden! 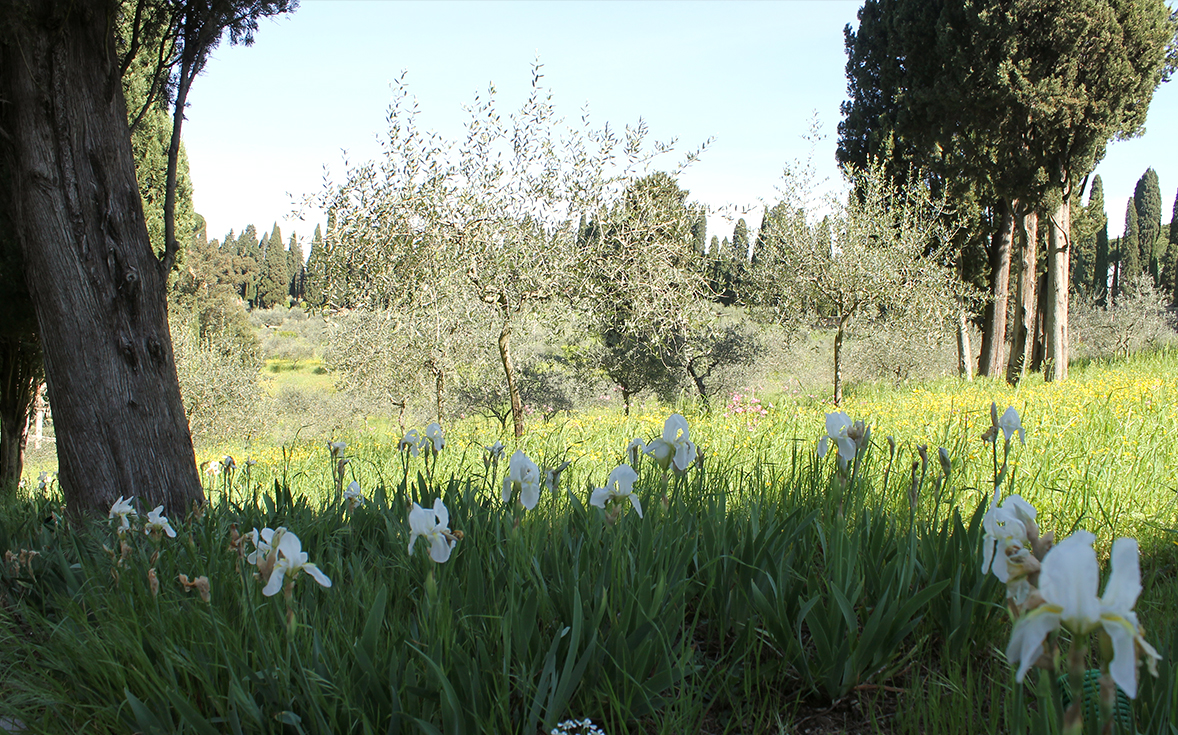 This was posted in: The Garden of Villa La Pietra