“Perhaps twelve is the best age to read Dorian Gray: I devoured the book like strawberries.’’ (55)

Harold Acton, Memoirs of an aesthete

Considering that private libraries can easily fall victims to dispersion and fragmentation of their collections — perpetrated either by the same owners during their lifetime or by their heirs after — the La Pietra Library is in a surprisingly intact shape. We know that upon the death of his father in 1953 and then of his mother in 1962, Harold Acton made it his mission in life to preserve the family estate and art collection in Villa La Pietra, so the books must have been no less worthy to him.

Overall, these volumes are in very good conditions and are also, for the most part, in their original locations on the shelves and rooms of the villa. In fact, the book collection is spread out in five rooms: the Main Library and Studiolo on the ground floor; the Director’s Office on the second floor; the Upstairs Library and Garret on the top floor. While the Main Library, Studiolo and Upstairs Library are original locations left as is upon Harold’s death in 1994, the books in the Director’s Office and Garret are in “secondary” locations, i.e. reshelved from storage spaces in the villa.

On the ground floor library rooms, a distinguishable spatial division of the Acton family book collection between ‘leisure’ and ‘serious’ reading recalls the typical division of spaces in the Victorian house between the ‘living room’ library, where the family congregated and the guests were entertained, and the study/drawing room where scholarly work was done. 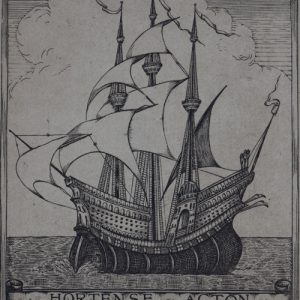 The majority of books in the Main Library were collected by Ms Mitchell Acton and showcase her predilection for French History and Literature, with a special nostalgic taste – typical of the American Gilded age feminine reading culture – for the aristocratic milieu of the Ancien Régime courts, courtiers and princes. Exemplary is the limited edition series set Secret memoirs of the courts of Europe from the 16th to the 19th century, among which the Memoirs of Marie Antoinette (1900) by Henriette Campan.

Books by Giovanni Verga, Gabriele D’Annunzio and Luigi Pirandello denote Hortense’s interest in Italian Literature and culture. Conspicuous are her volumes by the journalist and novelist Matilde Serao, among which the first edition of the author’s famous exposé Ventre di Napoli (1884).

Of a decidedly Modernist aesthetic are those books in Hortense’s collection from the “Private Presses” tied to the Arts & Crafts movement. These beautifully bound and illustrated hand-made books were published in England by William Morris’s Kelmscott Press, like his own The Sundering Flood (1897), and the Chiswick Press, and in America by Elbert Hubbard’s Roycroft Press and the Mosher Press.

A Selection from the Main Library 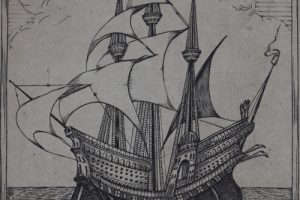 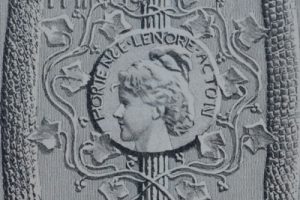 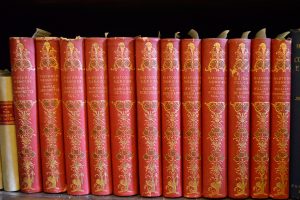 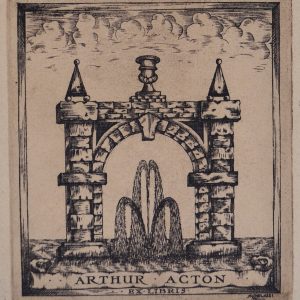 The books in Arthur’s collection reflect his scholarship in Art History, especially in Italian Painting. His copy of Sirén’s Giotto and Some of his Followers (1917), for example, is full of his annotations on attributions.

His engagement in Garden Design in Italy is also evident from the numerous volumes on the subject in his collection. The presence of markings and sketches in these titles suggests that these volumes were fundamental sources in the endeavor to reconstruct the La Pietra Garden, as in the case of his copy of The Gardens of Italy (1905) by Charles Latham.

A Selection from the Sala del Caminetto 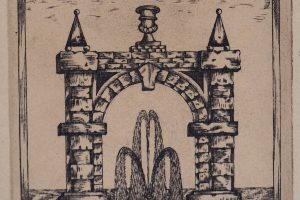 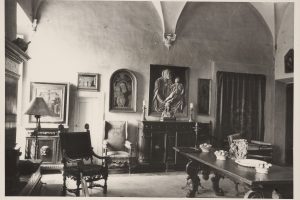 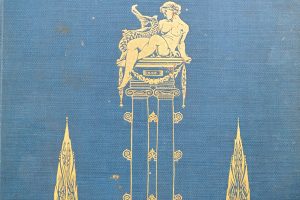 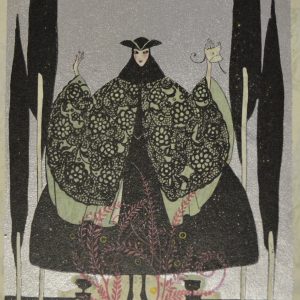 The bookcases of the Studiolo are filled with Harold’s collection of English Poetry, Drama and Fiction of the 19th and 20th centuries. As a man of letters, Harold was a prominent member of the Eton and Oxford literary clubs, gaining early recognition for his first two Poetry Volumes Aquarium (1923) and An Indian Ass (1925). It comes as no surprise then that the book copies in his collection are very often first editions dedicated to him by his friends the authors, as in the case of Evelyn Waugh’s Labels: A Mediterranean Journal (1930) or Robert Byron’s Road to Oxiana (1937). Harold’s particular love for verse emerges from his numerous Poetry Volumes like Nancy Cunard’s Parallax (1925) and Anthologies like the Wheels (1921) series edited by Edith Sitwell.

Harold’s knowledge of Chinese language and literature emerges from the rich group of books in the Studiolo, among which his own translations of poetry collections and drama. An interesting example is Glue and Lacquer: Four Cautionary Tales, published in 1941, two years after having left Beijing.

A Selection from the Studiolo 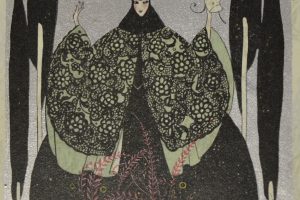 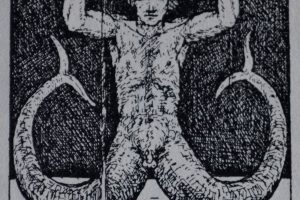 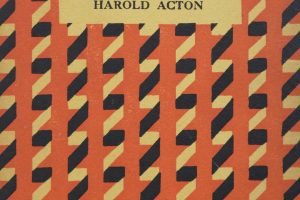 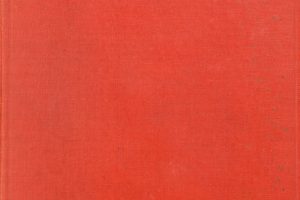 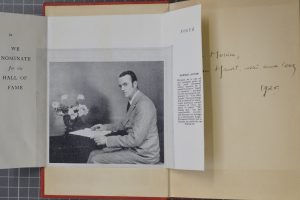 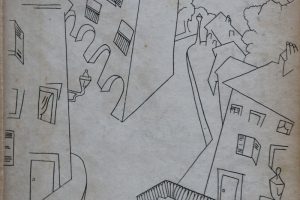 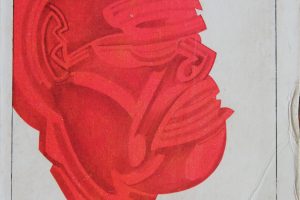 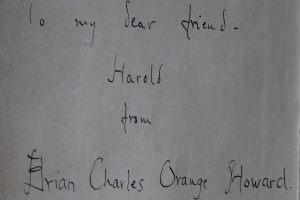 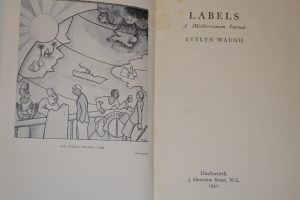 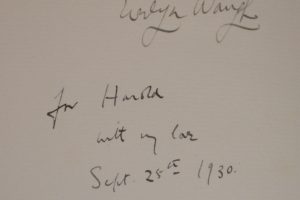 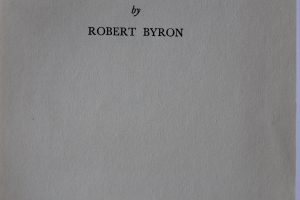 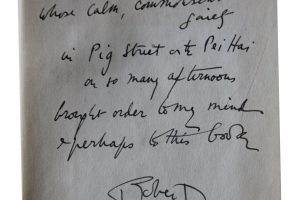 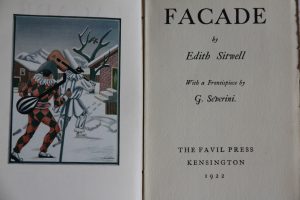 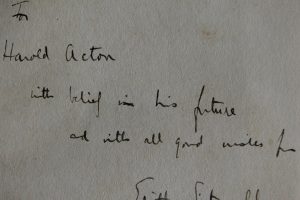 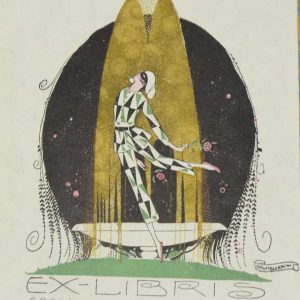 In the Upstairs Library resides part of the family’s remarkable collection of limited edition illustrated children’s books. Undoubtedly, all these beautiful picture-plate books of the “Golden Age of children’s literature”, like William’s copy of Sindbad the Sailor illustrated by Edmund Dulac, had a great influence on the brothers’ early aesthetic tastes. In fact, often these books come in two separate copies, one for each of the brothers, as in the case of Quiller-Couch’s collection of old fairy tales In Powder & Crinoline.

From signatures and bookplates we can assess that some of these children’s books were passed on from mother to son, like for example the 1879 volume of Darwin’s Journals made for children.

Darwin, Charles, and Wendell Phillips Garrison. What Mr. Darwin saw in his voyage round the world in the ship “Beagle”. New York: Harper & Bros., 1879.

A Selection from the Upstairs Library 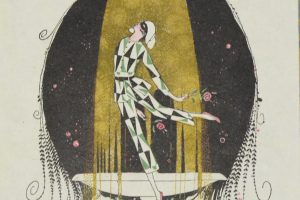 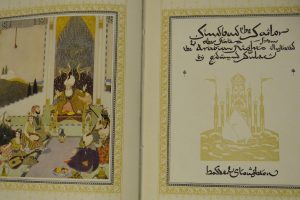 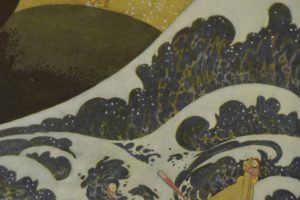 “I cared little for books unless they were illustrated, and in a sense Rackham and Dulac were my favorite authors, for owing to them I read stories which I would not have read otherwise.” (16)