Performance was an important part of the Actons’ sensibility from their arrival Florence in 1903, as the villa and gardens lent themselves as settings for improvised theatrical events.  Villa La Pietra was furnished and recast as a theatre in which to host guests and to celebrate the arts–from music and dance to art and literature. Perhaps the most striking events were the elaborate fêtes galantes, (fancy-dress balls) and tableaux vivants (staged performances with actors) hosted at the Villa. As Harold Acton’s Memoirs attest, his parents’ style of entertaining reflected the taste for the exotic in vogue at the time.

“The great galas of colour organized by Diaghileff were being imitated even in private entertainments: fancy-dress balls and tableaux vivants became sumptuous and spectacular to a degree unrealized since. […] For one party given that year at the Villa Schifanoia, Persian and Venetian costumes were combined: the Shah was sending an embassy to the Doge. My parents went in costumes designed by Poiret from Persian miniatures, and my brother, in an overwhelming turban and puffed-out satin trousers designed by Brunelleschi, acted as a Moorish page to the Doge’s spouse.”

Harold Acton, Memoirs of An Aesthete

On March 17 1915, at the La Pergola theatre in Florence, Hortense Mitchell Acton and her nine-year-old son William participated in the extravagant production “Un po’ di colore” (A bit of color), written by Vincenzo Sorelli. The benefit performance, organized by the Red Cross, attracted a distinguished audience of noble Florentine and foreign notables, including: Cora Antinori, Marchese Torrigiani Malaspina, Marchesa Cappelli, Mario Pansa, as well as members of the Roster, Pandolfini, Ricasoli, Braggiotti, Dearbergh, Barlett and Humbert families. Umberto Brunelleschi (1879-1949), the Florentine-born painter, illustrator and costume designer, who had become famous for his costumes designed for Puccini’s Turandot and work in Paris from 1900 until his death in 1949, was responsible for all the scenes and the mannequins.  The success of the performance was due, in Harold’s words, “to a blend of cosmopolitan parochialism and unselfconscious elegance peculiarly Florentine,” enhanced by Brunelleschi’s elaborate costumes.

“Un pò di colore” demonstrates a fascination for the fairy tales and legends originating from eighteenth-century Venice blended with new exotic motifs from China, India and Persia. Finally, the title recalls the vivid and innovative color schemes of the ballet costumes of Léon Bakst. While the result of this mixture of eighteenth-century grace and gallantry and an extravagant ‘Orientalism’ did produce some rather bizarre combinations, the lavish parties held by the Actons at Villa La Pietra often worked a magical spell in which life and performance, reality and dream, intermingled. 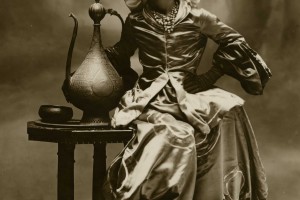 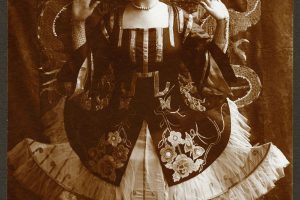 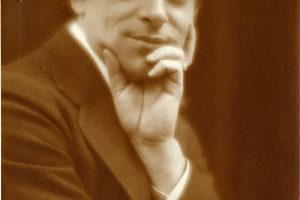 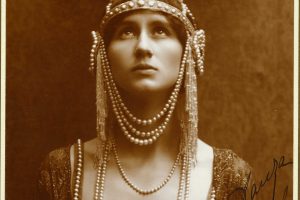 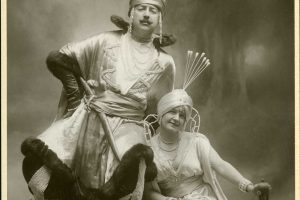 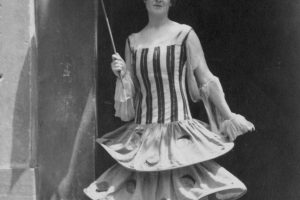 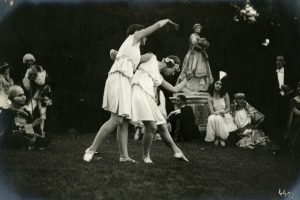 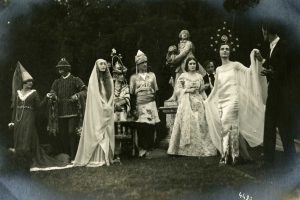 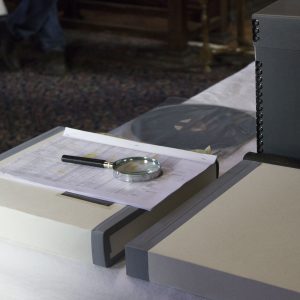 Gramophone Records from the Acton Collection

At present, 234 songs on 137 vinyl records from the Villa La Pietra gramophone collection have been catalogued. The recordings date from 1903 – 1926 and span a diverse range of genres, including jazz, tango, fox trot, comedic, orchestral, duets and dramatic readings. Beautiful instrumentals play alone, or are set to vocals in English, Italian, French or Spanish.

Listen to a couple of discs from the collection below. 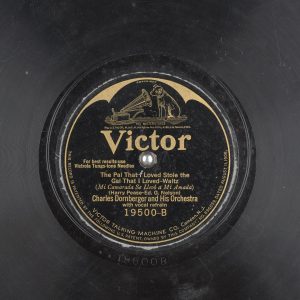 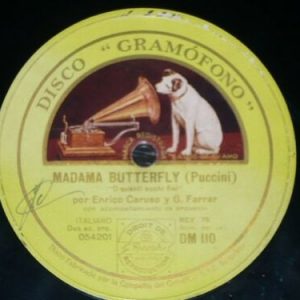