What do people read? Where do they get their reading materials? When do they read, and how? What social and economic factors determine their reading experiences? These questions are addressed by the History of Reading, an academic discipline that studies the practice of reading as a “sociological phenomenon,” i.e., a process resulting from the interaction of a number of social variables (class, gender, ethnicity, education, age, etc.) along with the material conditions pertaining to the publication, distribution, reception and survival of books and other reading matter, in print or electronically.

What did the Actons read in the 1920s? How can we trace their reading practices by examining their library at Villa La Pietra? What can their books tell us about the world they lived in?

First of all, we need to locate the Acton family in their historical, cultural and social context. Sources such as Harold Acton’s Memoirs of an Aesthete  (1948) or the Villa La Pietra Guestbook, tell us that they were active members of the Anglo-American community in Florence and also part of a larger group of international expatriates. Yet what distinguished them–and others such as the Berensons or the Dodges–from the majority of foreign residents, was their wealth and affluence, as witnessed by their beautiful home at Villa La Pietra and by the other villas and grounds which constitute the NYU Florence campus today. In their Library, we can thus expect to find a mirror of their upper-class lifestyle and international culture, along with the personal tastes and interests of each family member, and books that were popular among the majority of readers in their day.

In her study Fiction and the Reading Public (1932), based on the research she carried out ih the 1920s, Q.D. Leavis analyzed reading practices in Britain between the two World Wars. The results of her study suggested that the majority of British readers in Twenties chose to read fiction over nonfiction. What were the bestsellers in English and American fiction at the time? Are any of these books present in the La Pietra Library? Did the Actons read what most of their contemporaries read?

In order to identify 1920s bestsellers, we need to examine a number of different sources. On the one hand, we may consider online resources such as Daniel Immerwahr’s website “The Books of the Century”, in which he lists the top ten bestsellers in English and American fiction (and nonfiction) for each year of the 20th century, as recorded by the American news magazine Publishers Weekly. On the other, we need to bring our research closer to its object, the Acton family at Villa La Pietra, and ask ourselves which bestsellers were read by the English-speaking community in Florence during the 1920s.

Luckily, we have an amazing resource that can help us answer this question: the Gabinetto Vieusseux, a cultural institution founded in Florence in 1819 as a circulating library that catered to the interests of foreign residents and visitors by providing books, newspapers and journals in various European languages. During the 19th and 20th centuries, the Gabinetto also functioned as a landmark of Italian intellectual life, and today it continues to be one of the city’s major cultural institutions.

By comparing the Vieusseux’s First Supplement to the English Catalogue for the years between 1915 and 1926, the catalogue of its historical library, and the lists of 1920s bestsellers derived from Publishers Weekly, we can thus begin to surmise which novels were popular in Florence among its English-speaking readers.

Did the Actons read these books? From the research conducted so far, out of the 40 novels listed by Publishers Weekly for the period between 1920 and 1924, 20 were available in the Vieusseux Library, 9 of which were also at Villa La Pietra. Interestingly, the 20 bestsellers that were not at the Vieusseux were also not part of the La Pietra collection. These data suggest that during the early Twenties the Actons were significantly attuned to the literary tastes of the Anglo-Florentine community with respect to bestselling fiction. Further support comes from the presence of two Vieusseux catalogues in the La Pietra Library–the Catalogue of the English books (1819-1915) and the G.P. Vieusseux’s reading rooms and circulating library; catalogue of the English books (1896). 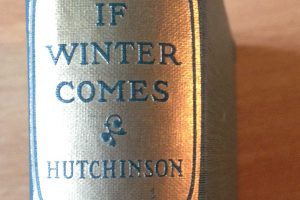 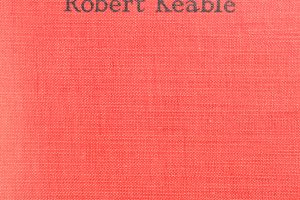 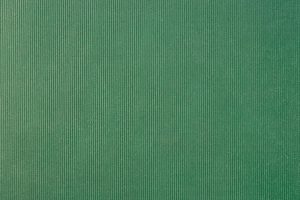 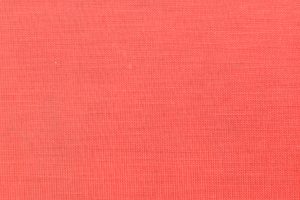 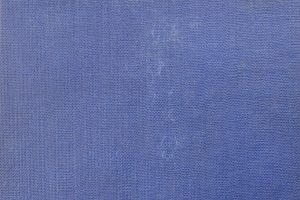 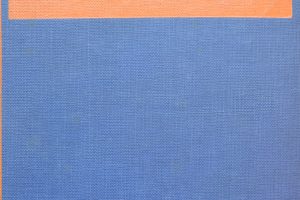 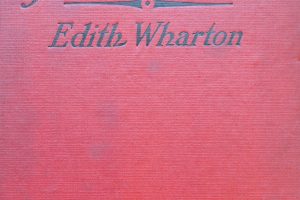 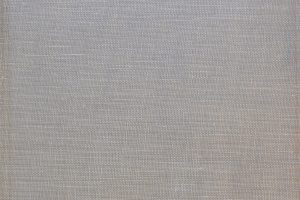 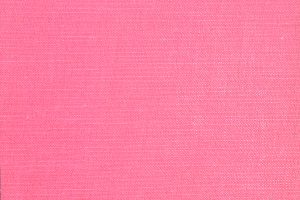 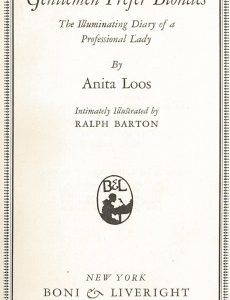 In 1925, Anita Loos (1888-1981), a Hollywood screenwriter who had been working in the film business for over 10 years, published her first novel, Gentlemen Prefer Blondes: The illuminating diary of a professional lady, as a series of instalments in the popular magazine Harper’s Bazaar. The story was a great success, the novel was published in book form in November 1925 (1500 copies) and immediately sold out. A second edition was published two weeks later (20.000 copies). By March 1926, the 9th edition was released and ten more editions were published in the following 3 years.

The La Pietra Library and the Vieusseux both hold a 1925 edition of Gentlemen Prefer Blondes. Once again, we get a sense of how the Actons were keen on getting what was most current and popular in the reading market. Let us take a closer look at this bestselling novel.

As any other product of its time, it can be analyzed both in itself (its publication history, contemporary reception, critical reception, translations into other languages, performances in other media, etc.) and as a mirror of the culture it belonged to and represented. 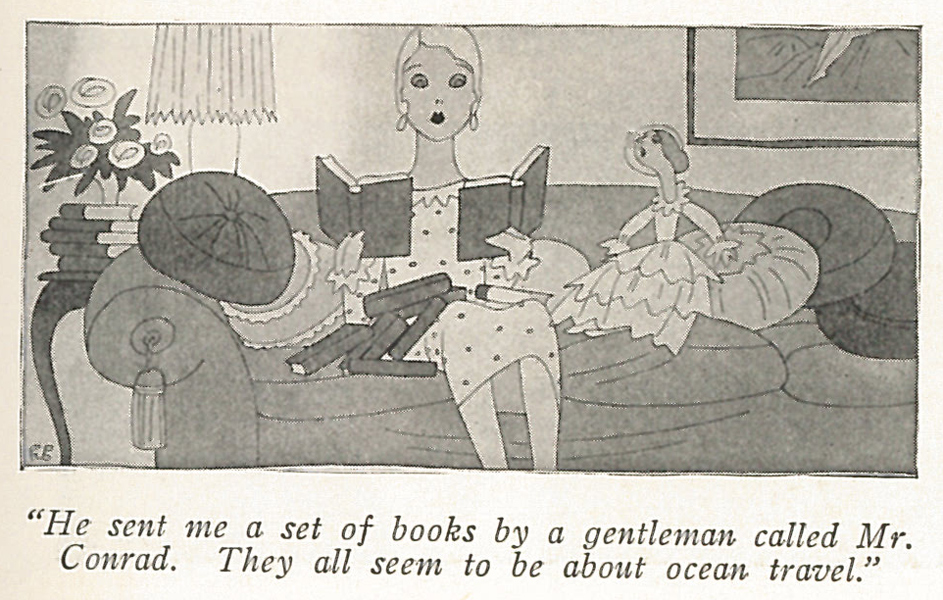 As of 1999, the Penguin edition of Gentlemen was still in print; we also know that the book has been translated into many languages, including Italian (I signori preferiscono le bionde. Diario illustrato di una ragazza. Firenze: R. Bemporad & Figlio, 1928.); and that it was transformed into a script for the famous film starring Marilyn Monroe and Jane Russell (1953), a play (1958) and a musical (1949).

If instead we analyze the novel as a mirror of its times we can look at how it represents the “Roaring Twenties” and the figure of the flapper, a “young woman who, during the 1920s, behaved and dressed in a boldly unconventional manner” (dictionary.com). This is connected to the changes in the role and status of American women at the time, which in turn should be related to their acquisition of the right to vote (1920). The battle for women’s suffrage had been a long one: if we observe the chronologies of events both in the U.S. and internationally, we may get a sense of its length, complexity and ongoing wake of issues, even today.

Fast Forward: From Lorelei to Beyoncè

Gentlemen’s protagonist, flapper Lorelei Lee who works in the film business, playfully challenges social norms by enacting the stereotype of the young, beautiful and frivolous woman in order to get what she wants. 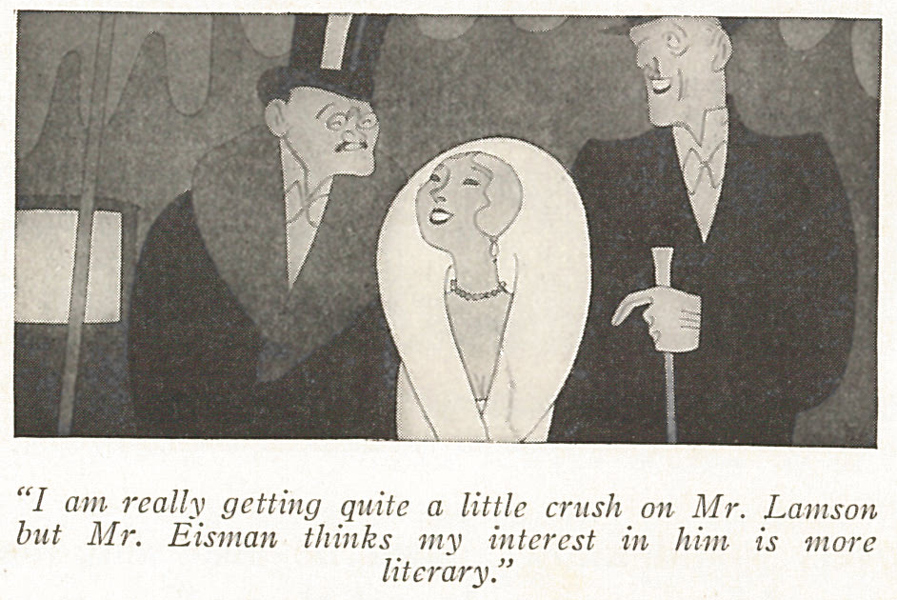 In contemporary culture, there is still evidence of Anita Loos’ indirect feminism: the idea of a woman re-appropriating her body, sexuality, and femininity from men. She uses these things to her advantage, and has power over the way in which others perceive her. This allows her to rise in her professional and personal life in a way that may not have been available otherwise. Anita Loos’ Gentlemen Prefer Blondes is an exemplification of this idea. What is interesting about her book, is that it focuses largely on beautiful, upper class women. Is she buying into upper class material culture? Or is her character using it for her own self-fashioning? This latter idea was epitomized when Marilyn Monroe took on the role of the main character in the film version of the novel. Marilyn Monroe’s role as a woman that is able to charm men into giving her what it is she wants has been reused since. 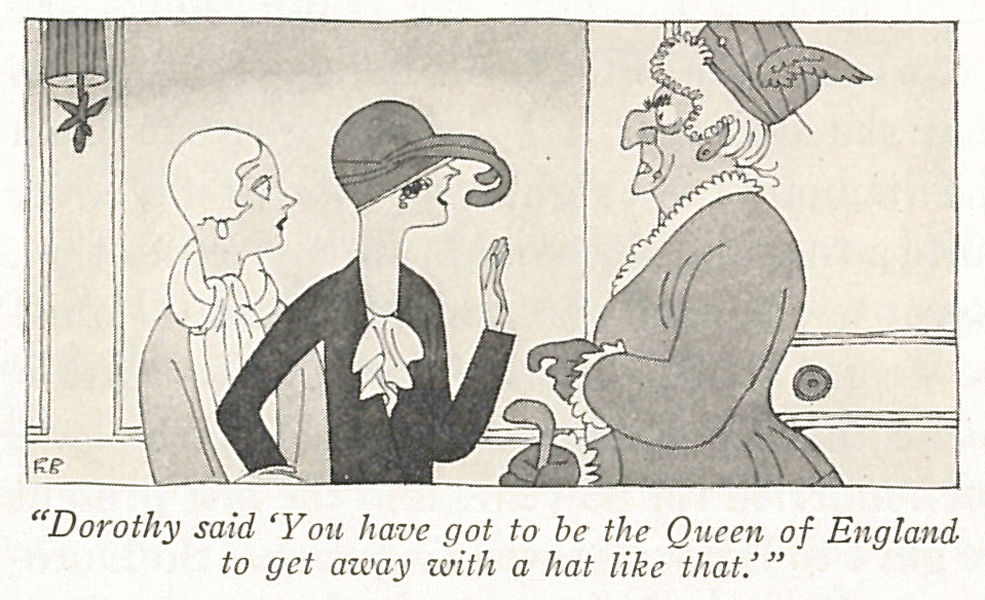 Within the context of visual arts, American photographer Cindy Sherman has used her womanhood to explore the power of femininity and beauty. Her focus has been almost exclusively on self-portraiture. She typically photographs herself in various custom and poses. Within her various series, there is one photo that is incredibly striking, her photograph Untitled (Marilyn). In this image, Sherman looks much like a dressed-down Marilyn Monroe, but could also pass for Madonna. Her look is beautiful with the signature blonde hair, but also the posed vulnerability that is so important. It is the perception of vulnerability, while, in fact, the women are the ones holding the power.

This idea is also apparent when looking at the famous singer Beyoncé. Beyoncé is a self-proclaimed feminist who also has found success in appropriating the idea of what a “lady” should be. Beyoncé is a strong musician and also an incredibly intelligent businesswoman who does not shy away from her feminine beauty, but instead embraces it and uses it to her advantage. This resonates in many of her videos, which also pull imagery from Madonna’s Material Girl.She, much like Madonna, is a young, beautiful woman who men love. Another interesting aspect that shows the influence of Gentlemen Prefer Blondes is the photoshoot that Beyoncé did for the cover of OUT magazine. This photoshoot is an homage to Marilyn Monroe as the character of Lorelei Lee in Gentlemen Prefer Blondes. In one of the images, Beyoncé is sitting with her blonde hair under a top hat and wearing the same  style of women’s one-piece that Marilyn wore in the film. This  shows the extent of influence that not only the twenties movement of feminism has had on our culture since, but also the specific influence of Anita Loos as an author, screenwriter, and historically important woman.