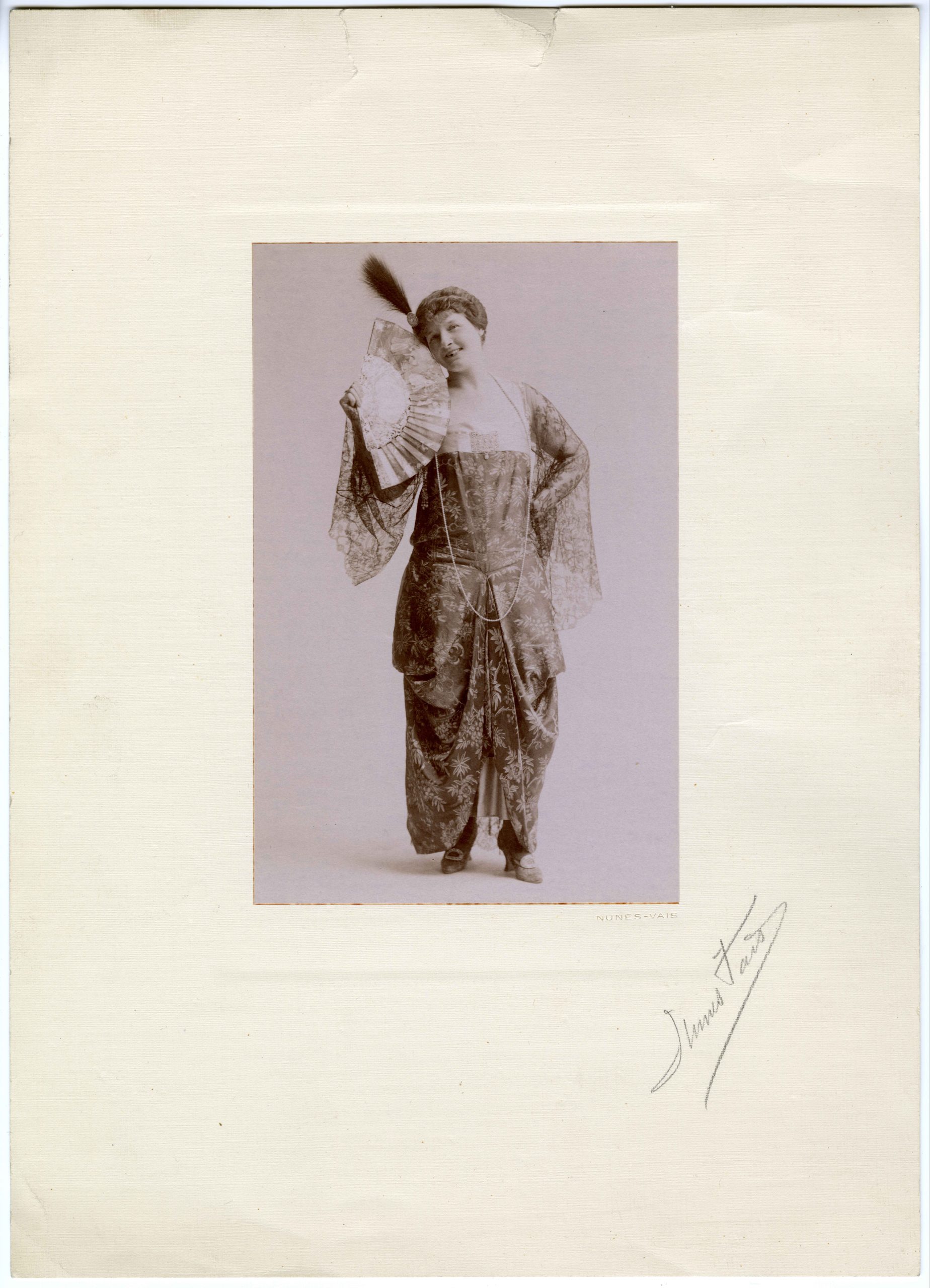 Many of Hortense’s dresses show influence from Chinese costumes and the pink and green silk dress selected for this room is a more obvious example of this. The cut of the dress (emphasis on the black lace bat wings and loose-fitting design) and embroidered details of the fabric (which is likely directly from China) are examples of how the Chinese style influenced the design.

Hortense’s passion for the Asian world was an interest that began when she was a child in Chicago, as one can see from a photograph of her (age 12) dressed in a Japanese outfit. Florence was also captivated by the Asian culture, thus Hortense was able to continue pursuing her interest in it after moving. A photograph of Hortense wearing the dress was taken around 1924 by Mario Nunes Vais (pictured at left). 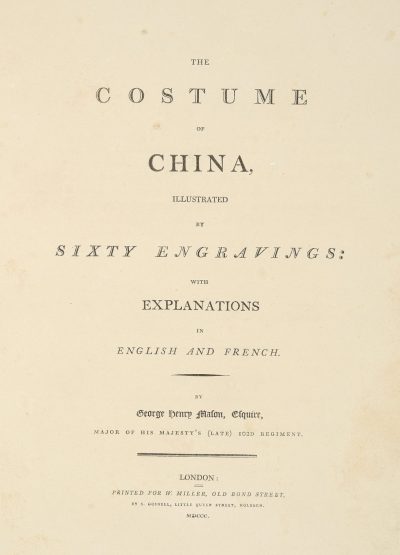 A fellow collector and good friend of the Actons, Frederick Stibbert, would often be in correspondence with Hortense and the two would share ideas and even lend one another objects from time to time. In one letter, Hortense writes to Stibbert inviting him to the villa for tea and to see “new toys (?)”, including some of her Chinese robes. In another letter, she mentions borrowing a book with prints of costumes and that she hopes her dressmaker can be inspired by it. With those two correspondences in mind, The Costume of China by George Henry Mason is likely to have been one of the books he lent to her. This shows that Hortense was gaining insight for her dress designs straight from the original attire. Although she could have just looked at the visuals, Hortense was an avid reader and it is likely she would have also read about these costumes and become more educated on the subject of China and fashion.

Of the various objects on display alongside the dress, it is important to point out two decorative art objects designed in the art nouveau style. One is the silver and coral streamer spoon with its intricate floral ornament, preserved in an elegant box covered with silk. Probably a special gift to Hortense, who kept it in the safe in her bedroom. The second one is the folding fan by the fashion designer George Barbier. This beautiful fan, signed and dated 1911, acts also as an interpretive piece of art.  In contrast with the obvious “oriental” aspects of the dress, the fan is very subtle in its influences.

Objects from the Collection 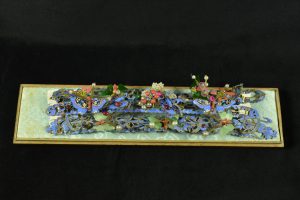 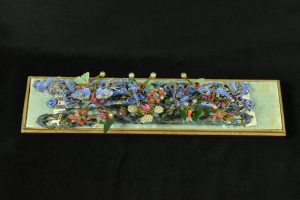 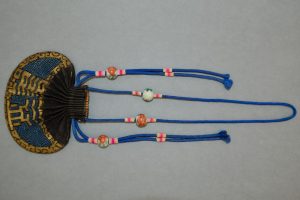 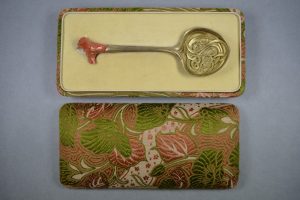 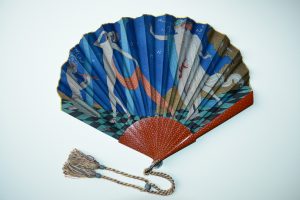 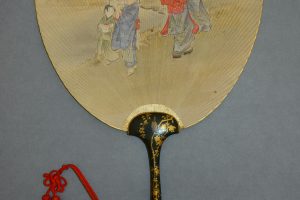 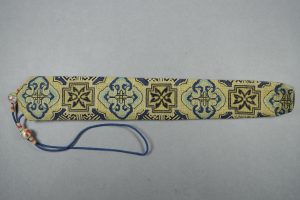 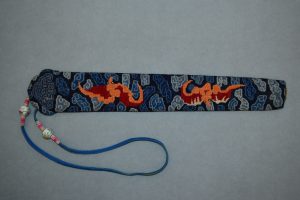 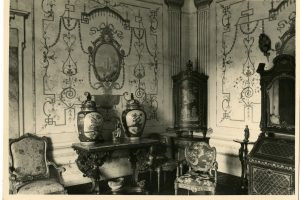 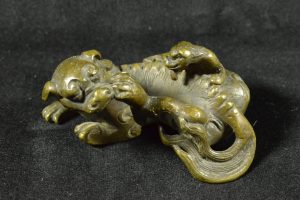 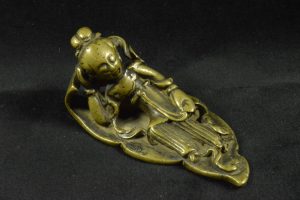 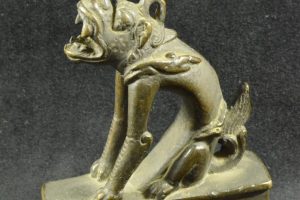 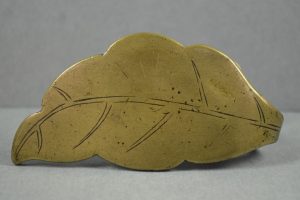 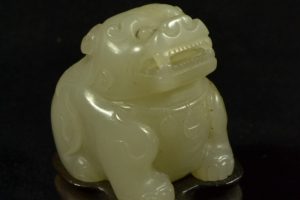 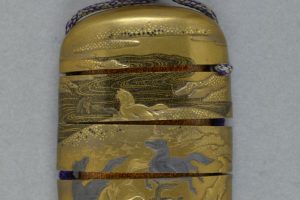 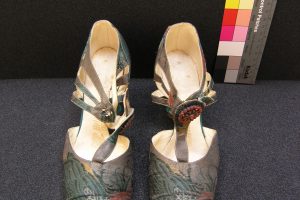 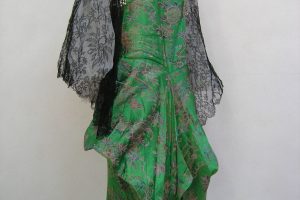 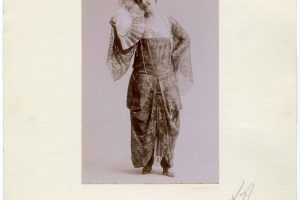 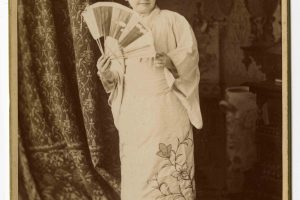 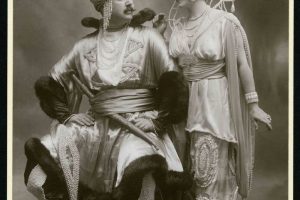