“From these musings by my bookcase I was occasionally summoned to see guests in the drawing-room.” (17)

—Harold Acton
Memoirs of an Aesthete 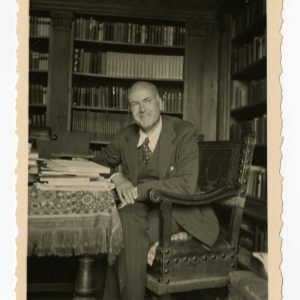 The La Pietra Library is a characteristic example of a book collection of a family belonging to the Anglo-American community living in Florence at the beginning of the 20th century. The collection contains about 12,000 volumes, including series and periodicals, and represents the combination of the diverse interests and tastes of two generations – the parents, Arthur and Hortense, late-Victorian connoisseurs, and the children, Harold and William, authentic modernist aesthetes. The occurrence of bookplates inside the books makes it possible to attribute many of them to the correspondent family member owner. The arrangement of the locations on the bookshelves in the rooms of this domestic library adds information about the frequentation of the household spaces by its users and, in a way, about their reading habits and how they changed in time. Harold’s holdings, for example, range from the Illustrated Children’s Books of his childhood to the Italian History titles of his later studies, but also include the Poetry, Drama and Fiction of his Eton and Oxford years and all the Chinese History, Art and Literature books collected during his sojourn in China in the 1930s. 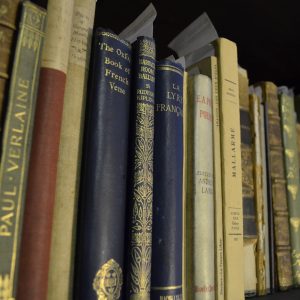 A distinguishable spatial division of the Acton family book collection between ‘leisure’ and ‘serious’ reading recalls the typical division of spaces in the Victorian house between the ‘living room’ library, where the family congregated and the guests were entertained, and the study/drawing room where scholarly work was done.

“My father had painted intermittently ever since he had been an art student in Paris, and his studio was my first library and dream shop…tables piled with art magazines, monographs and catalogues, among which I was allowed to browse to my heart’s content…They opened my eyes to new planets and helped me to observe nature more critically.” (23)

Harold Acton, Memoirs of an aesthete