Depicting Women in Film: Where are We Now?

A Dialogue and Screening with Gail Segal, New York University, Tisch School of the Arts.

In 1979, Kramer vs. Kramer invoked a firestorm of public opinion by picturing Meryl Streep as a wife and mother leaving her husband and young child to “find herself.” In 2012, conventional standards of screen beauty were upended with Lena Dunham’s performance in Tiny Furniture. How have women been represented in film? With what effect? With more women behind the camera, is the depiction of women in film changing?

As part of the Picturing Women series. 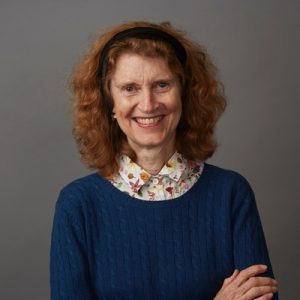 POET AND FILMMAKER, TISCH SCHOOL OF THE ARTS, NYU

After 10 years of a North Carolina education (BA, MFAs), Gail Segal moved to New York City to pursue her love of visual storytelling. Among her efforts, a 15-part series for PBS, The Shakespeare Hour, hosted by Walter Matthau, a Peabody Award winning feature length documentary, Arguing the World. (co-producer). More recent films include the award winning narrative short, Filigrane, set in the Empty Quarter of the U.A.E. (writer/director), the documentary short, Meanwhile, in Turkey about women textile workers in Turkey. and the PBS documentary, Soapy, portraying a small town barber. Currently, she is developing two feature narratives, one set in the Deep South, and the other, a tale of sibling strife set in France. A published poet, translator, and essayist, she is an Associate Arts Professor in the Graduate Division of Film at NYU where she also serves as the Tisch Liaison for the Global Network.