Death and the City: Venice’s Bodies as Ecological Texts

A recurrent trope among artists and writers long before Thomas Mann, “death in Venice” is much more than a fictional theme. It has indeed concrete faces, which come into sight with very recognizable features. These faces are the threatening waters and fluxes of energy generated by global warming; unsustainable tourism and gigantic cruise ships; the anti-ecological engineering systems carried out to control the increasing high tides; or common human activities, interfering day by day with the delicate ecosystem of the lagoon. Again, it has the face of dioxin and hepatic angiosarcoma, spread here for decades by the Montedison petrochemical factory of Porto Marghera, just a few miles from San Marco Square. This lecture casts light on the embodiments of this death, on its materializations in the many bodies of this city: its biome and ecosystem, its landscape, its human residents and workers. All these bodies tell stories: stories of elements and of natural dynamics, as well as stories of cultural practices, political visions, and industrial choices. They tell stories of life, but also stories of pollution, exploitation, and death. We will read all these bodies as texts, and we will read them in combination with literary works. My thesis is that ‘diffracting’ these bodily and literary texts with each other—namely, reading them in mutual combination—is a way not only to unveil the hidden plots and meanings of a reality, but also to amplify the (often unheard) voices of this reality 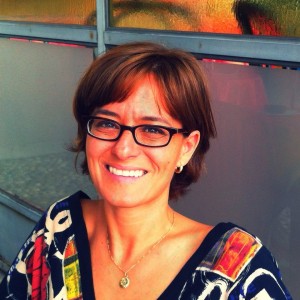 Serenella Iovino teaches Comparative Literature at the University of Turin. Author of books, essays and edited projects, she has been president of the European Association for the Study of Literature, Culture, and Environment (www.easlce.eu). Among her recent works, Material Ecocriticism (co-edited with Serpil Oppermann, Indiana UP, 2014), Ecologia letteraria: Una strategia di sopravvivenza (Ed. Ambiente, 2006, 2nd edition 2015) and Ecocriticism and Italy: Ecology, Resistance and Liberation (Blo-omsbury, forthcoming 2016).